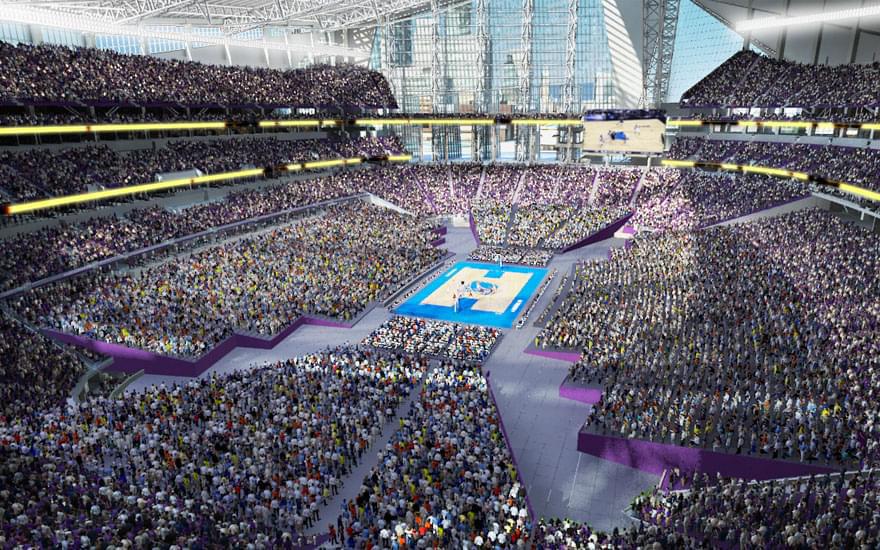 The North Dakota State men’s basketball program's schedule is nearly finalized, with the announcement of a non-conference games against Drake at U.S. Bank Stadium on Saturday, December 1st.

This game is a great opportunity for the Bison, as the state of the art home of the Minnesota Vikings, will host the Final Four in April of 2019. South Dakota State will also play Northern Iowa as a part of a double-header later that evening, providing some good exposure for the Summit League and the Missouri Valley Conference. And for fans, you can’t beat it. $15 for two quality Division One basketball games is about as good as it gets.

“It’s a really neat deal for us,” NDSU men’s basketball coach Dave Richman said. “Five Twin Cities kids on our roster, a great alumni fanbase and the experience playing in big time atmosphere and venue of that scale is great.”

With the announcement of this match-up, NDSU’s schedule is nearing completion for 2018-19. Dave Richman’s young club will be challenged early and often, but there’s a lot to get excited about. Home games are always tough to come by, but getting opponents UC-Santa Barbara, Eastern Washington and Missouri State to Fargo is good for the fans, plus the game in Minneapolis is a pretty easy drive if weather is good. Add in NDSU’s 16-game Summit League slate, and the Bison sit at 27 games, with a couple of other non D-1 games still in the hopper that have not been announced. NDSU is still looking for one more non-conference road game for this season as well, preferably on the west coast. Here's a look at the Bison men's schedule so far.