You may have a similar experience. You’re lucky if you do. I get to play in a golf tournament this weekend called the Meadowbrook Masters.

This year marks its 31st anniversary.  It started in Huron, SD, but we’ve played it at Lakeview in Mitchell since 1993. Guys come back from Wisconsin and Texas and Colorado and Arizona to play. The first three, anyway. (Inside joke!) It is a pilgrimage and a boys’ weekend and a reunion and a shining – sometimes hot mess – of an example of enduring friendship.

The winner gets a jacket from a thrift store that usually doesn’t fit, and is technically just in the green color spectrum. 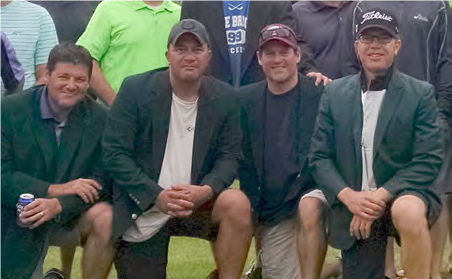 There’s a printed tournament program and a big leaderboard and pin prizes and lots of side bets. There’s also (or used to be not that long ago) copious booze consumption and questionable behavior and minor injuries from eating hot chicken and falling into video lottery machines and tripping on sidewalks on ill-advised 3 AM walks home from the night out.

There is a tournament committee that goes by the acronym WACM – the last initials of the guys that got the thing going. One of them is no longer with us.

The tournament field is aging, but for the most part still… immature, in a great way. They’re the drama-free friends you don’t have to explain your jokes to – and who you insult because you love.

They also all have some sort of connection to the old Meadowbrook Golf Course in Huron (which is now Broadland Creek). Over the years, we’ve reeled in regular attendees who now live in Pierre and Aberdeen and Vermillion and Sioux Falls, but at some point in their lives they can all be traced back to The Fair City.

Back in the day, a man named Mervin ran the clubhouses and the courses in Huron. He employed a group of high school kids to mow the side hills and paint the bridges and take greens fees and sell Snickers and Cokes in the pro shop. Either Mervin had faith in the youth of Huron or he needed cheap labor. Most of us worked there because it was fun – you got to play for free, and while it wasn’t quite a Caddyshack atmosphere, it was close. Fortunately, one of those former employees, Dan, was actually bright and trustworthy and good at organization.

In 1987, Dan, Craig and Mike took a road trip to the real Masters Tournament in Augusta, GA. 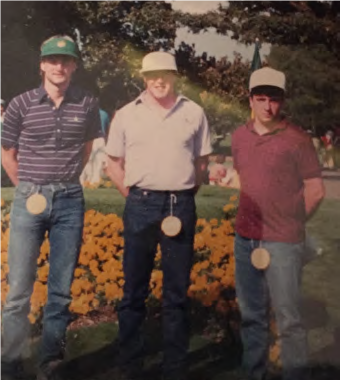 They marveled at the surroundings and watched their heroes play and learned that the original Masters was conceived not so much as a golf tournament, but as “an annual gathering of friends.” The WAC brothers brought this idea home with them, perfected their plan and a year later, in the fall of 1988, a handful of Huronites played the first Meadowbrook Masters.

In the 30 years since, an ever-expanding field of teachers and coaches, bartenders and bankers, dentists and degenerates have kept the tradition alive. We had 32 players just a few years ago. Age has accounted for some attrition, but most make it when they can. Weddings are one of the few acceptable excuses to skip a year, anniversaries are borderline – and don’t even try to bring up a kid’s birthday.

In reality, life events have slowly pulled some away and WACM, I am sorry to say, took a heavy hit last year when we lost Craig. Cancer finally took him. So, we pour one out in his honor and thank him for playing his part in getting the party started.

And by the way, the M in WACM is the other Mike who has handled logistics and planning for the last 20 years. He’s in charge of the program covers. 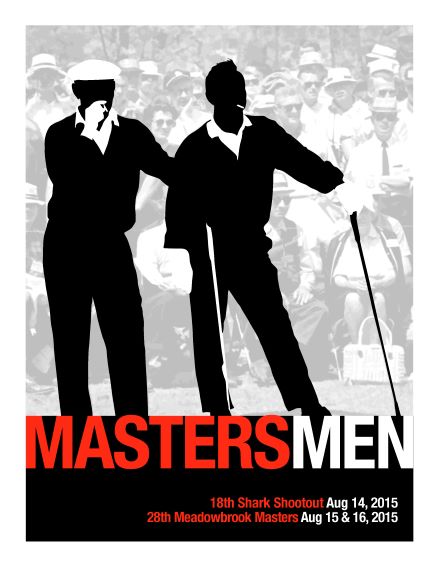 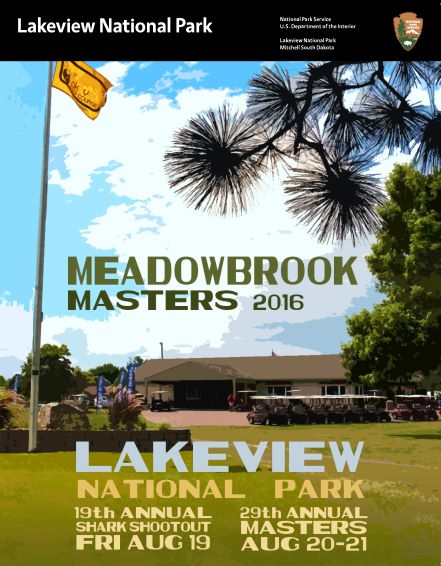 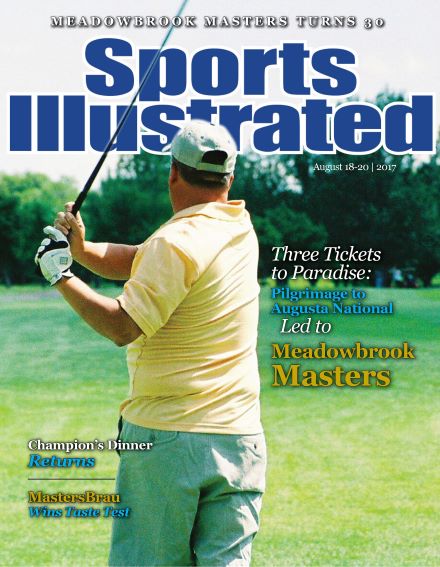 The occasionally R-rated content inside usually includes brutally honest player profiles: "A tire iron to the head hasn’t cleared up the hitch in his swing." "The only guy in field to play an 11-wood, he’s always a skulled three iron away from meltdown."

All in good fun! Thank you, friends. See you this weekend.