Last season was a story book ending for the Chargers as they fought through injuries and adversity to claim a state title. Just two starters return from that group as they try to get in position to contend again. “We hope to be competitive in all our games against a very tough schedule,” said Coach Mike Schouten. “We are excited to return 6 players with state championship experience and hope that experience will pay off throughout the season.”

The Cossacks have consistently had stellar teams during Bill Vincent’s tenure at Sioux Valley. He has a 411-133 record coming into the season. This may be one of his best chances at getting a state title. “We have many players that have been contributing at the varsity level since a young age,” said Bill Vincent. “We will be able to put an athletic team on the floor.”

The Cossacks are loaded in the backcourt with Oliver Vincent, Parker Puetz and Hayden Ruesink returning to the starting lineup after last season’s 23-2 record. Oliver Vincent is an all-state caliber player who is one of the front-runners for player of the year in Class A this season.

The Cavs bring back three guards with experience in Cade Kandolin, Caleb Hollenbeck and Ethan Burnett. This year they’ve worked to develop some bigs who are younger, and they should be competitive and more balanced than last year. St. Thomas More always schedules tough competition they have 10 double-A schools on the schedule.

The Panthers lost a lot of scoring and solid players from last year’s 23-3 team, but the return of Isaac Bruns makes for a promising season ahead. Bruns scored 23 ppg and was a huge threat as a sophomore, now that his brother has moved to college hoops he will look to take another step as a leader on the court. Fellow junior Randy Rosenquist will have an increased role in the offense and sophomore Jaxson Wingert has improved in the post. The Panthers have a lot of firepower and should be competitive and in the title hunt once again.

The Titans continue to get better each year under Drew Weber. This season they have loaded with senior talent and have a good balance in their rotation. Cael Lundin is one of the biggest threats to score in the state. The 6-3 guard can attack the rim and shoot outside and is considered one of the top talents in the class. Reis Kirschenman, Klayton Sattler, and Eddie Unruh are big bodies on the inside that give Tea the ability to win in the paint. Look for an improved team who could put together a strong late season run.

Dell Rapids is always in the mix in Class A and this year should be no different under new coach Kevin Ratzsch. Landon Ruesink will be the catalyst on offense. Shane Stone and Aiden Boechler provide leadership as well. Brayden Pankonen put in a great off season and is ready for his new role. “Many other guys looking to do great things for us,” said Coach Ratzsch.

The Warriors will have to replace a lot of scoring this year but have three starters back from a 20-5 team to start the year. “We will have to find a way to replace major offensive contributions,” said Coach Brett Gardner. “With that being said we are excited for our next group to step up and try to fill some of those roles.”  Blake Volmer is the prime candidate to lead the team in scoring. He averaged 13.4 ppg last year as a sophomore. Slade Cournoyer, Aiden Barfuss, Ethan Bartels, Jackson Vesely, Elijah Peterson and Shawn Hammerbeck give the group a lot of options.

The Bulldogs are ready to get back into contention with a solid group of seniors, “We are excited about the upcoming season,” said Coach Jeff Larsen. “We have a great group of senior leaders who are experienced in every sport and know what it takes to win. They will be counted on a lot this season. I know all of the boys will work hard to make this season a successful one. Aspen Dahl runs the point with Mickale Dohrer, Nate Ricke, Aiden Jensen, Peyton Wolf and Trey Smith in the mix.

The Tanagers had a terrific season last year going 23-2. They bring back several seniors to try to keep those winning ways going, but they’ll have to replace some major pieces to get back to state. The senior class is strong with Jake Jensen, Nick Sorensen, Carter Mart, TJ Tracy and Charlie Ward. “We feel that we have a group of players that will work hard, and we expect to improve as the year goes on,” said Head Coach Jay Drake. They’ll hope to get production from their underclassmen including a talented sophomore group. 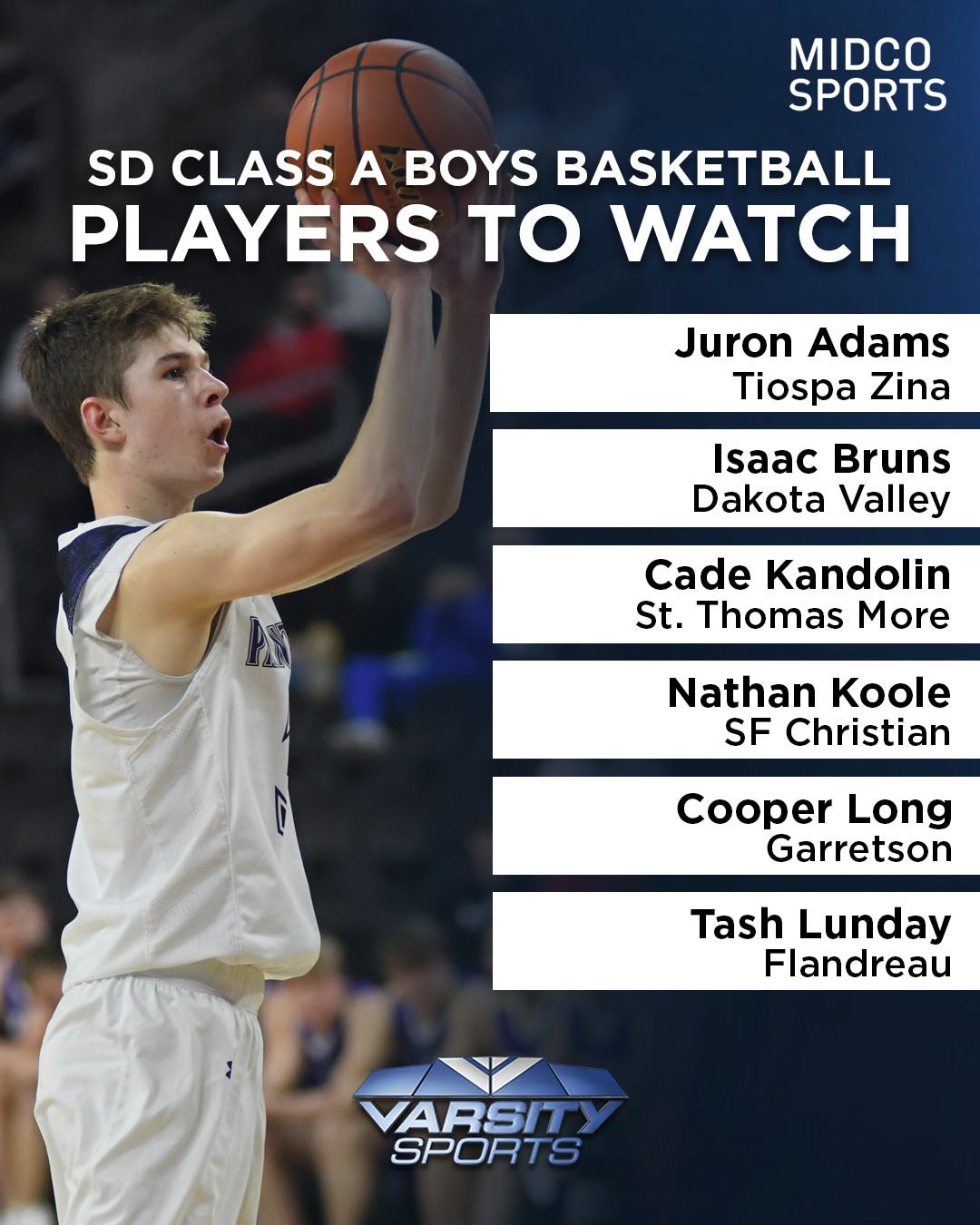 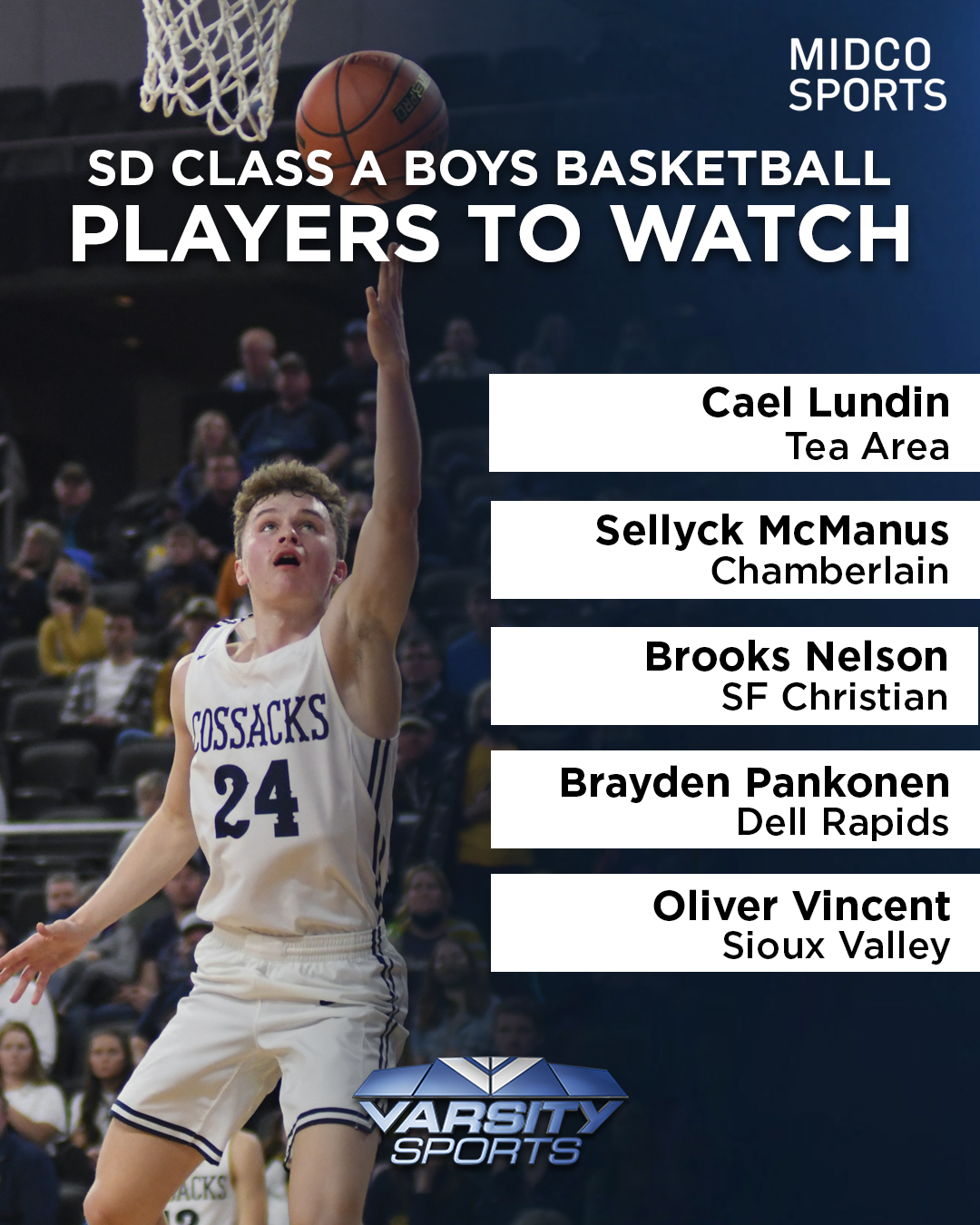