Last season’s state champs have been reassigned to Class B this year. So it’s a wide-open field of teams looking to capture a state title. Recent seasons have seen Winner and St. Thomas More lead the way in this class but I see a much more diverse group as contenders this season.

Many may be surprised I have Flandreau as the top team coming into the season. Last year they went 14-7 and have just three starters back. But they return their top five scorers from a year ago and have a very strong sophomore class. Megan Severtson’s group has the potential to make some noise in Class A. Claire Sheppard scored 17.5 ppg as a freshman last year. She is a fluid scorer but does everything well on the court including making her teammates better. Maria Parsley and Bella Pavlis have continued to develop into very good players as well. Both are seniors this year and have stepped up in each and every season of their varsity careers. “We have a core group of girls that have played a lot of basketball together, including big game situations,” said Coach Severtson. “Our schedule provides many opportunities for us to play against some of the best teams in the area and the state of SD.”

West Central has been one of the best girls basketball programs in the state over the last five years. This year will be no different. Head Coach Joe Caffrey has 3 starters back on an 18-3 team and one of the most talented teams in the class. Rylee Haldeman has been a key contributor for years, she enters her senior season as the point guard and is one of the top passers at any level of girls basketball in the state. Addy Kramer is a great shooter who has shown all-state flashes and should be primed for a breakout senior season. Josslin Jarding, Cambell Fischer, Molli Thornton and Tabor Teel are all strong players who could go off on any given game. “We are hoping to have a great season,” said Coach Caffrey. “We know we will face many good teams and frequently during the season.” That tough schedule should prepare them for a deep playoff run.

The Red Raiders could be the surprise team in Class A this year. They are very talented up and down the roster and once they learn to play together could be very tough to beat. Mike Koupal is the head coach and will rely on Emma Yost to help lead the way. Yost was a big-time performer for Parkston last season as a sophomore and has transferred to Wagner. Shalayne Nagel is another great all-around athlete that will pose a threat in the post. Macy Koupal is just a sophomore but is coming off a 13 ppg season. She and her sister Ashlyn Koupal should play big roles this season. Jessica Kocer is one of the leaders on this year and is one of the few seniors on this young squad. Eve Zephier, Avari Bruguier and Sydney Cournoyer all have an opportunity to be significant players too. “We are going to have a lot of talented players this year,” said Head Coach Michael Koupal. “One night we could have a player score 30 and the next night score just a couple. We need that kind of teamwork to achieve our goals this year.”

The Winner Warriors have another solid squad with 3 starters back from a 22-3 team. They’re led by future Kansas Jayhawk, Bella Swedlund (22.6 ppg). Ellie Brozik and Kelsey Sachtjen also return to the starting lineup. Look for Jenna Hammerbeck, Emma Jorgensen, Ava Craven and Joselin Kludt to contribute as well. “We look to be competitive again this season,” said Head Coach Larry Aaker. “I feel like our schedule will prepare us for the post-season.”

The Cavs are always a threat to contend for a title. This season they don’t have as much senior leadership but are stocked up and down the roster with good defenders and a few special players. Reese Ross is a six-foot scoring threat from inside and out. Mairin Duffy and Jada Mollman supply a lot of varsity experience on this team as well.

The Chargers are coming off another strong season where they went 22-3. Head Coach Tim Koisti knows they’ll have to re-tool to get back to that level. “We lost an extremely talented group of seniors, but we return some key pieces including Starters Kami Wadsworth and Ally Abraham,” said Koisti. They’ll be in the mix in a crowded Class A.

Dan DeJong takes over as head coach at SF Christian. They’ll miss the dynamic playmaker Lexi Unruh as they try to get back to the level they were at with a 21-4 record a year ago. “"Our girls are excited coming off a state appearance last year,” said DeJong. “The girls are stepping into new roles on this team, and eager to step up to different opportunities.  We have some length and athletes that we want to use to our advantage.” Kylah vanDonkersgoed is a talented post who has committed to Wayne State to play basketball next year. She’ll be a key cog for the Charger offense. Ellie Lems and Peyton Poppema   re both solid defenders who can play several positions.

Tammy Lilly has another talented team for this season. Rylee Rosenquist was a first team all-state selection as a junior last year when she averaged 21.1 points and 7.8 rebounds per game. She will lead a deep rotation of great players. Grace Bass, Peyton Tritz and Jorja Vandenhul are all capable scorers and Brooke Carlson and Sophie Tuttle are tough on the glass.

Look for the emergence of Katie Vasecka this season. She is a skilled 6-footer who can do it all as a sophomore. Adam Schorzmann has one of his best groups of talent since he’s been Head Coach at Tea Area.

Laura Big Crow is the head coach at Lakota Tech and had to take her team to play 17 road games last year. This year Lakota Tech will finally get some home games and they have five starters returning to put them in contention. “With an entire returning team from last year we are looking to be experienced, quick, and hungry for a state title,” said Big Crow. “Coming into the season off of a very successful summer program makes it even more exciting for the upcoming year.” They have their leading scorer Shayla Bravo back as well as Melina Shangreaux. Their seniors Tobi Carlow, Moriah Morrisette and Tawny Rodriguez are all talented and fill out the starting five.

The Titans should be a contender this year with future Jackrabbit Emilee Fox leading the way. Fox has been a varsity player since she’s been in 7th grade and now enters her sophomore season. Last season she averaged 19.6 points, 6.4 rebounds and 4.9 assists per game. She’ll try to help her team move past the SoDak 16 where they were bounced last year. 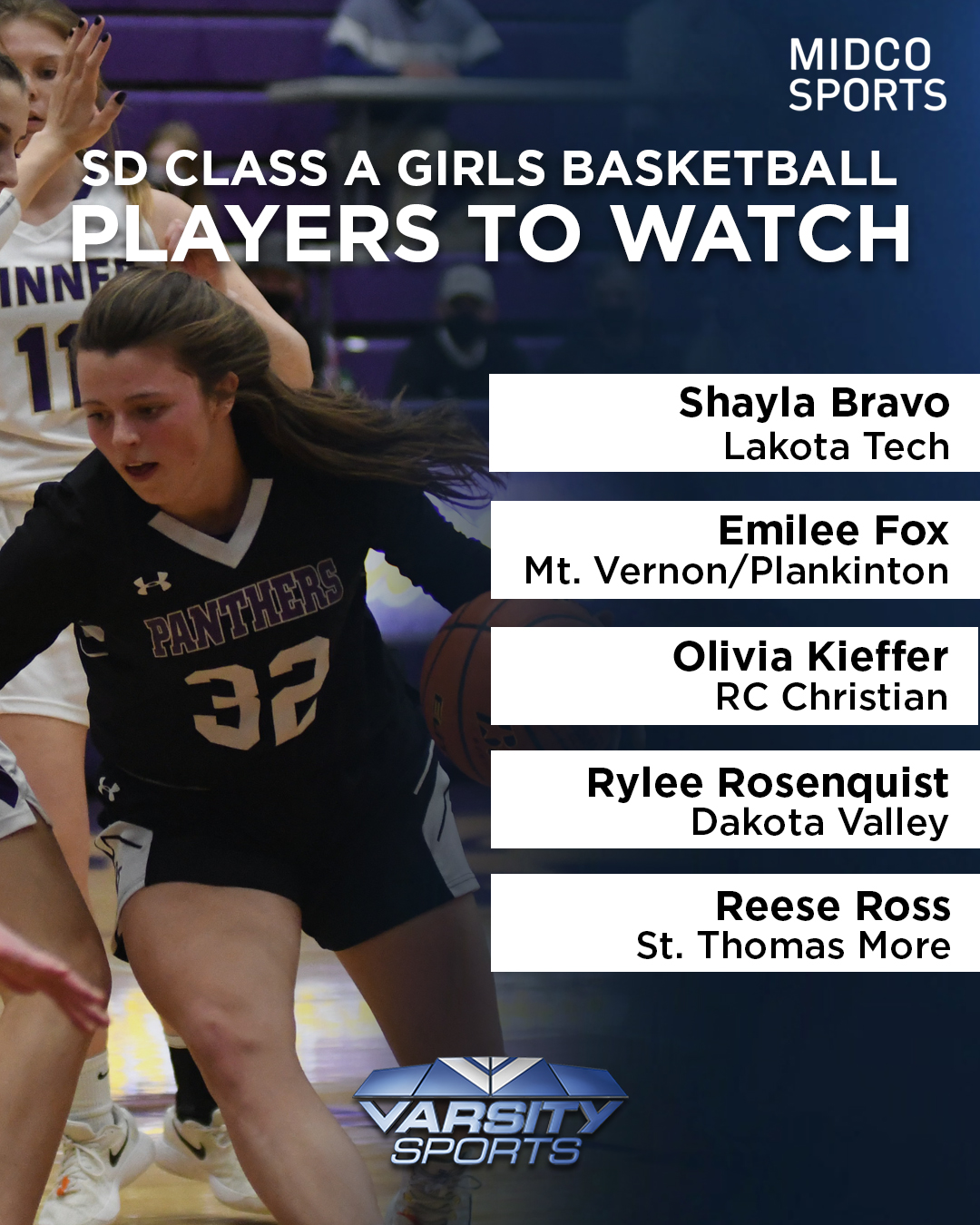 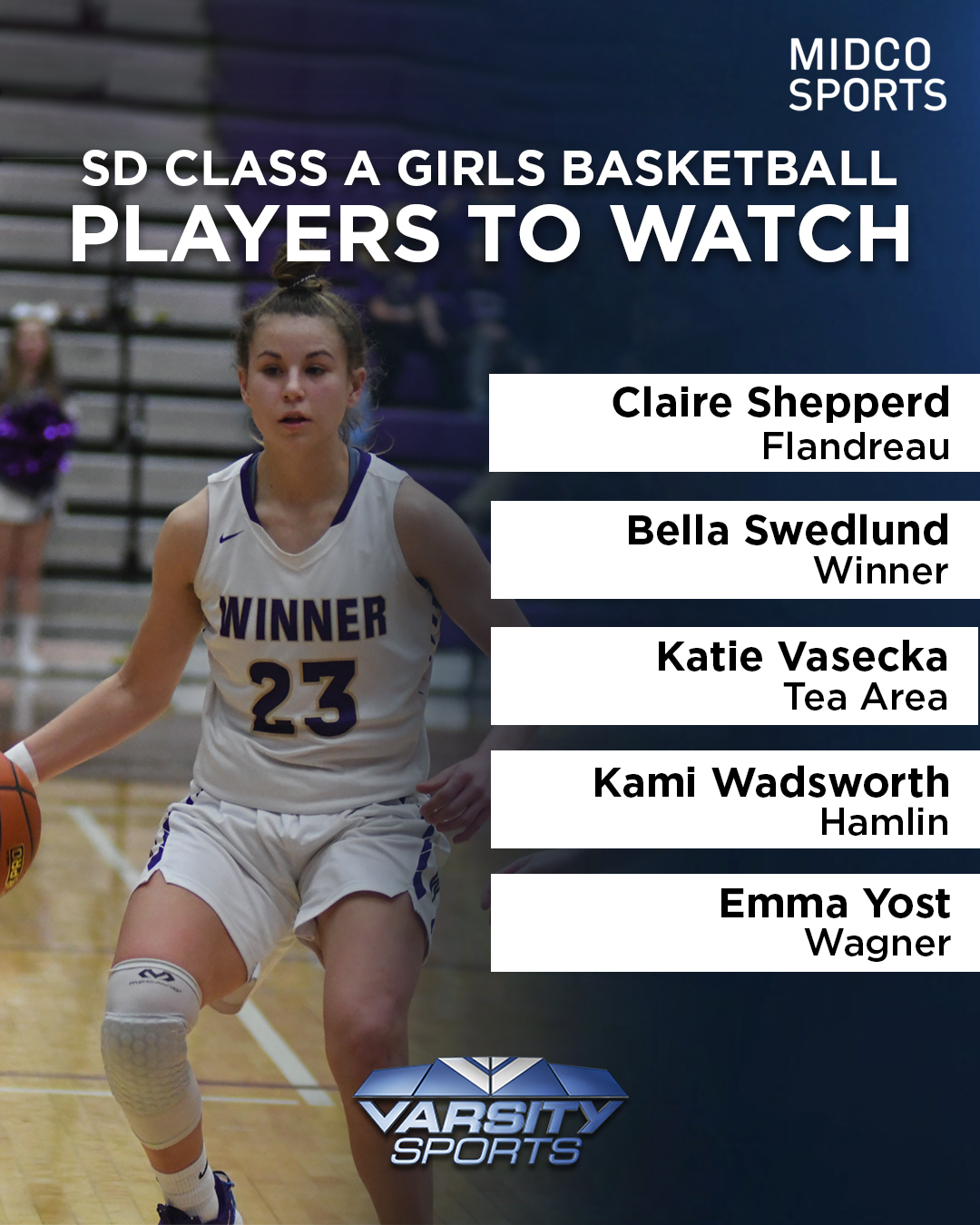