It should be another great year in AA gilrs hoops! Here is a list of contenders and top players to get you ready for the season. Here is how I voted in the initial media poll.

The Warriors claimed the title last year with a senior-heavy roster. This season Washington is much more youthful. “We return eight letterwinners from last year's team who gained valuable game and practice experience,” said Head Coach Jamie Parish. “Our task will be coming up with good combinations and chemistry as we figure out what fits this group in the best way.” Ndjakalenga Mwenentanda is one of the most highly rated players ever to play South Dakota high school basketball. She signed to play at the University of Texas and is a top 25 national recruit according to several sources. She is a key scorer (14.8 ppg) but scoring doesn’t define her. She affects the game in so many ways with her height, length and athleticism. Look for Brooklyn Harpe, Hannah Harpe, Taylor Thompson and Alexus Motley to be key juniors in the rotation to spark the Warriors this year.

The Knights continue their success as one of the top girls basketball programs in the state. Last year they finished 3rd at the state tournament and this year they return three starters to a deep and talented team, “We are really excited to be back in the gym and have a good hard-working group of girls,” said Head Coach Kent Kolsrud. “We return five players with a lot of varsity experience.” Hannah Ronsiek, Mahli Abdouch and Bergen Reilly are all future college athletes leading the way. If they can build some depth with players like Hannah Friedman and Kira Mentele and several solid options off the bench, the Knights will be right back in contention.

This is one of the teams in the class with several big questions to answer. Can new head coach Adam Dannenbring get the full potential from this group? Can they get off to a good start without their leader in the post Bailee Sobczak (should return in a month or so from a meniscus injury)? Can some of their highly talented young players step up into big roles? The Raiders could be the best team in the state or they could be very average until they answer these questions. Jayda McNabb has the potential to become a top player in this class at point guard. Jaden Matkins, Jill Delzer and Taaliyah Porter all have great upside if they can continue to improve. “We want to keep improving throughout the season and hopefully peak in March,” said Coach Dannenbring. They could be very dangerous by March.

The Lynx return 2 starters and four significant role players from their state tournament team last year. This is an athletic team with good length and skill. Hilary Behrens goes into her junior season as an all-state scoring threat who has added something to her game each year since she was a freshman. Last year she put up 16.7 ppg, 5 rpg, in the off season she verbally committed to SDSU. Sidney Thue is another big who started for coach Mike Zerr last year. Kylie Foss and Taylor Stemen were solid contributors last year who will have elevated roles this year. Look for Tessa Bowar, Kennedi Deckert, and Jaida Metzger to see more time in the backcourt as well. If a few of these talented players bring consistent effort the Lynx could be in the mix again as a top-level competitor.

The Tigers put together a fantastic season at 21-3 last year. Just two starters return but there is promise for another positive campaign. “We are very excited about our squad this year,” said Coach Nick Mayer. “We have a good balance of veteran leadership and newcomer energy that we hope will help us become the best version of ourselves.”

Emilee Boyer is a great post player who leads the way for the Tigers this year. She and Sydney Hybertson will see a lot of touches in the offense. Hannah Eide, Jaylee Hofer and Abby Flanagan should play big roles on the team this year.

First year Head Coach Shaunteva Pruett is looking to put the pieces together for a young and talented bunch at Jefferson this year. “We are looking forward to creating our team program culture,” said Pruett. “We are learning how to play with one another and build or team chemistry.” Some familiar faces from Roosevelt will be central forces for the Cavs including Jaidyn Dunn, Taliyah Hayes, Morgan Whiting and Cierra Watkins.

Christopher Aggen takes over the Roosevelt program this year, “Ultimately we are trying to build a new culture, get better every day, establish new roles, and enjoy the process,” said Aggen. Kaela Martinez is the only returning starter for the Riders. She’s a double-digit scorer with great handles and skill with the ball. Look for Katie Spicer to supply some big minutes for Roosevelt as well. After that there are a lot of spots open for competition.

After a rebuilding year at Yankton that was filled with injuries and setbacks, the Gazelles hope to move forward with five players with starting experience. Ellie Karolevitz tore her ACL about a year ago and is back to try to lead the way in her senior year. She has 20 ppg potential. Claire Tereshinski, Kate Beeman, Molly Savey, Jillian Eidsness and Jordynn Salvatori will all contribute this year. “We will lean on Ellie Karolevitz and Claire Tereshinski for the bulk of our offensive production but also know that we need our other seniors to step up and make shots when they are available to alleviate the pressure on those two to score,” said Coach Trey Krier. “We have to be a defensive minded team. We have to be able to create offense from our defense and take advantage of those opportunities.”

The Govs won eight games last year and have two good pieces to build on with Remi Price and Ayvrie Kaiser returning as juniors. “We were close to .500 a year ago and had many close battles against top teams in the state,” said Coach Kirk Beebout. “While we lose 3 Senior Starters from a year ago we have talented underclassman that have the potential to step into those roles as they gain experience.” Look for Ryann Barry, Reese Tervilliger, Layni Stevens and Jenna Bush to provide quality minutes for the Govs.

Looking for a potential sleeper in AA this year? How about the Tigers? They come into the season with several injuries to deal with but when they get right, they could be tough to beat in February. “We have a good combination of experience and youth on our team,” said Coach Tim Buddenhagen. “A lot of our girls have been on the varsity basketball team for 3 or 4 years. If our inside game can develop and then our perimeter game becomes potent, and we could be a tough out at tournament time.  It will take us a while to fit all the pieces together once we get healthy.  Our defense will have to be gritty because we will be undersized.”

The Pats are young and inexperienced and will try to build as the season goes on. Adyson Sand, Alaina Sorensen and Mariah Siem could all provide some points in the offense this year. Addie Fawcett, Kaia Jensen and Alicen Honner will all see significant time too. Their challenge will be finding quality minutes in the post with no six-footers on the team and building depth throughout the year.

The Cobblers made it to state last year with Jordon Heckert leading the way but there are several key pieces to last year’s team who will be important for the Cobblers this year. Josie Hill led the team at the state tournament in scoring and is a 6-2 presence in the paint. Sadie Glade is another strong senior forward who will take the scoring load this year. Allison Richards runs the point and is back as well. 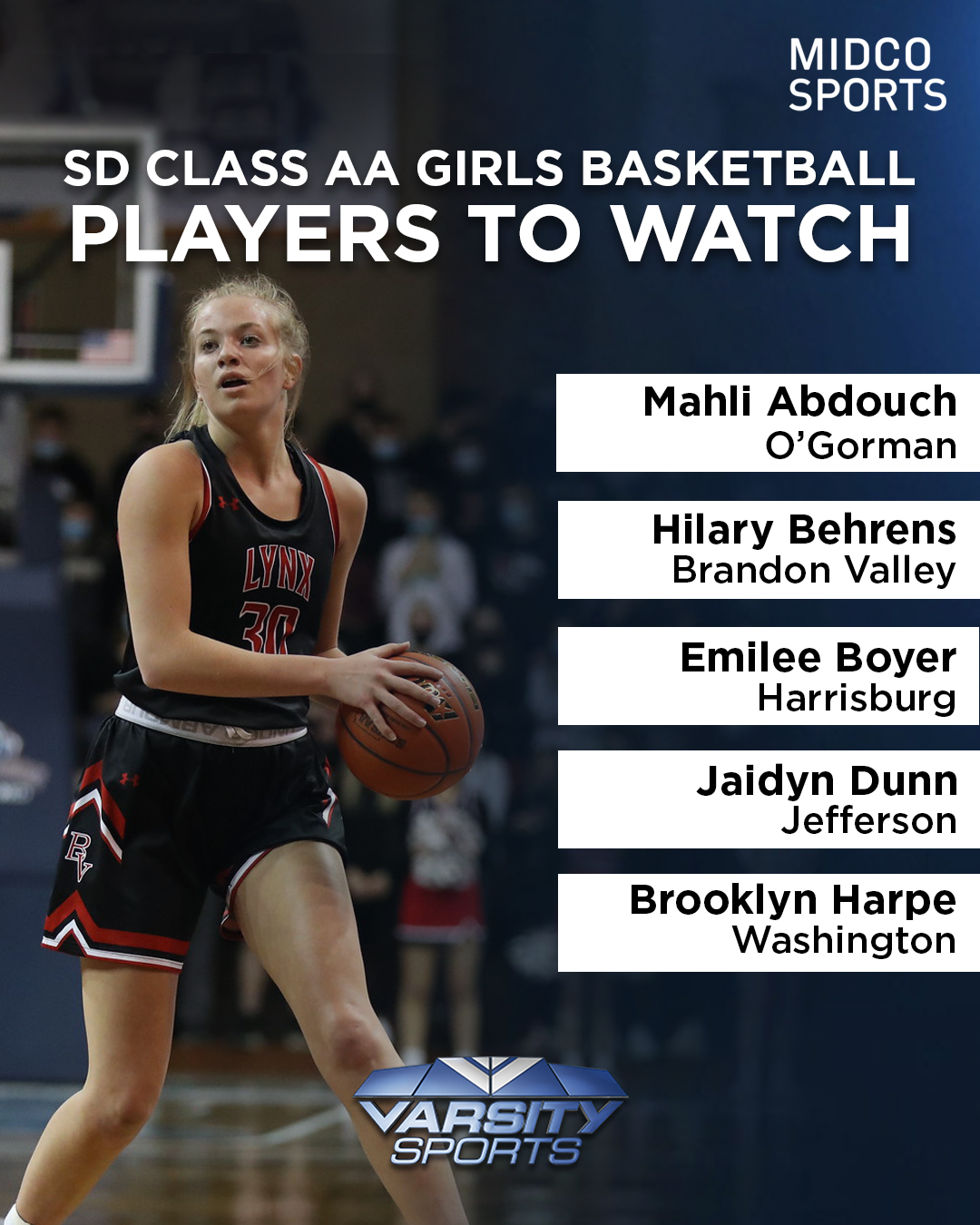 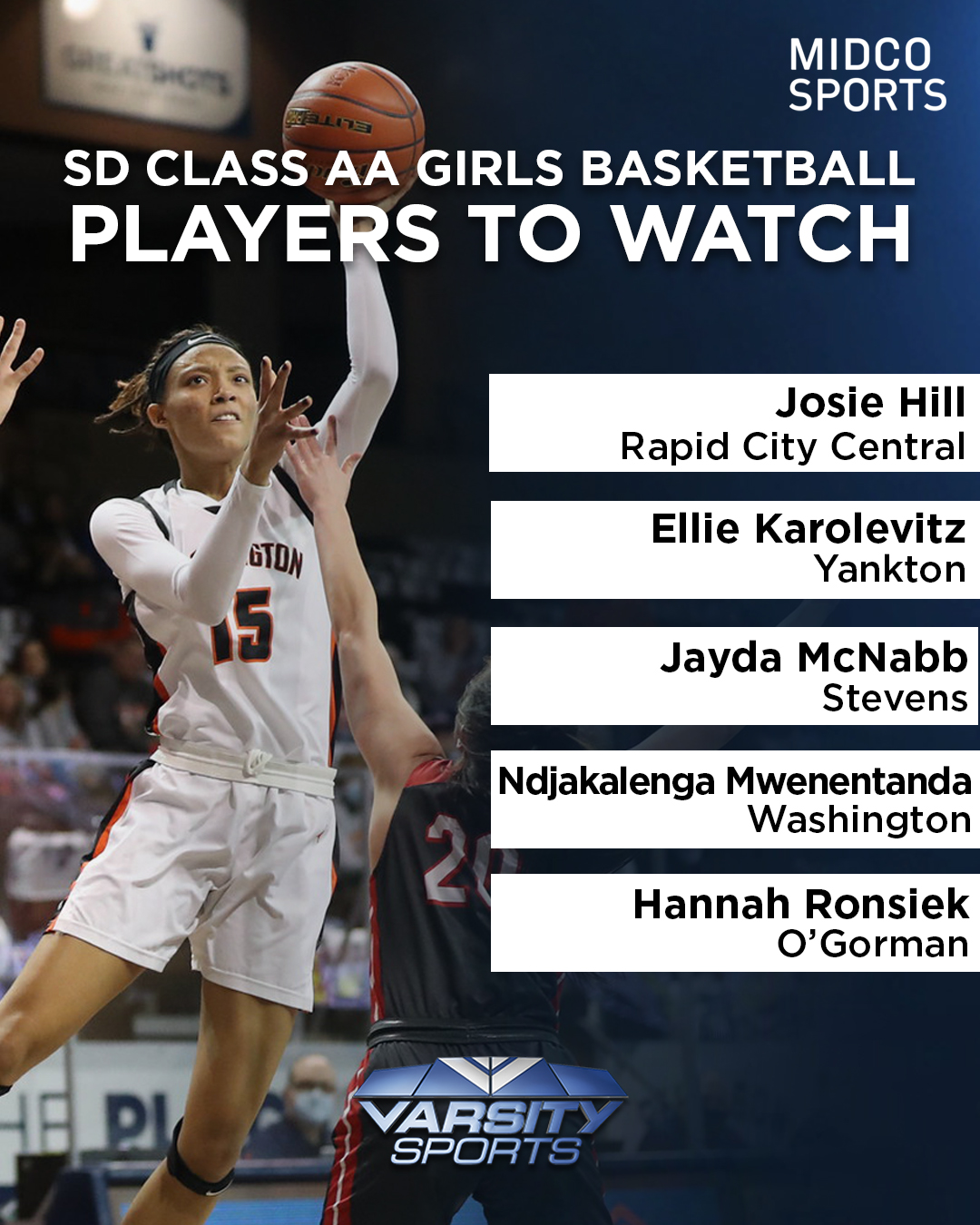