Each year I make a list of top pitchers in South Dakota. This year’s list is a little different. Because there have been no games, I’m not ranking the pitchers and I’ve also expanded to include summer teams with the spring teams I usually include. You might be surprised to find out how many Division 1 prospects and top flight pitchers are right here in South Dakota. 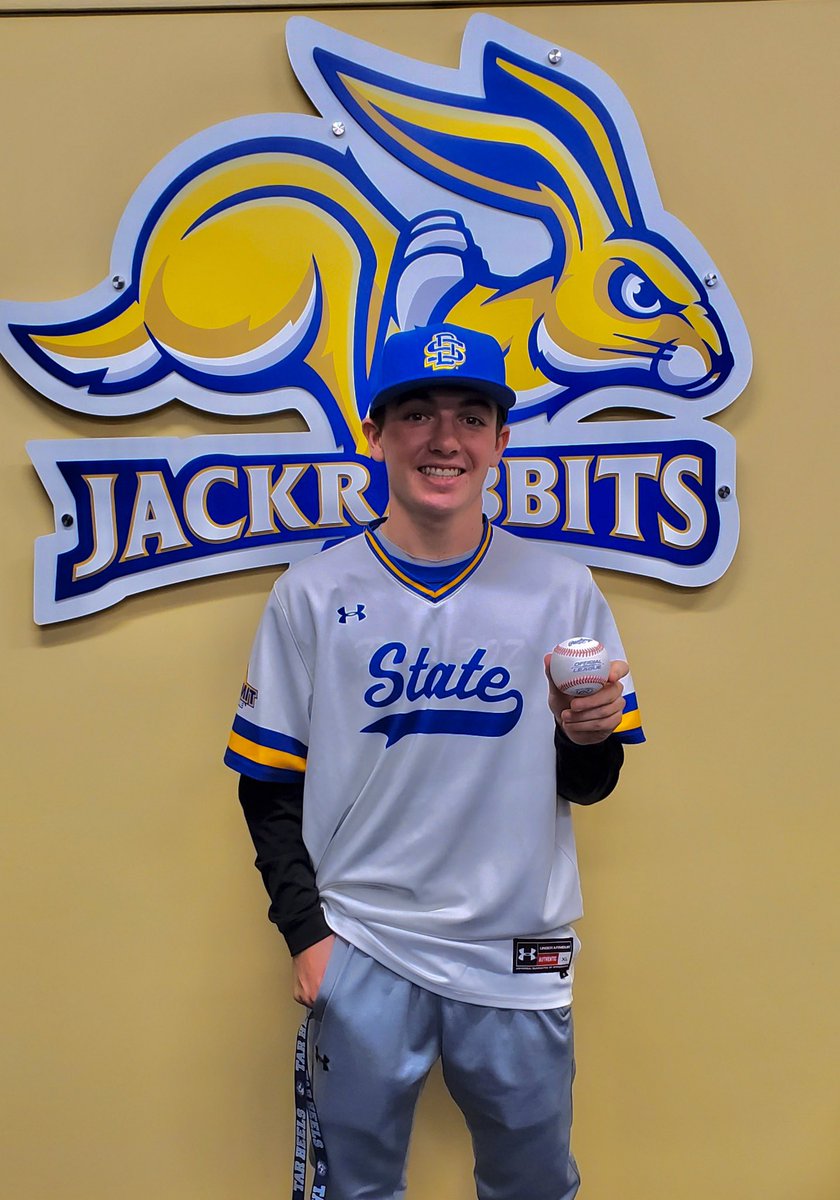 Reece had an explosive sophomore campaign last spring. He demonstrated unparalleled command with an unheard of 0.84 WHIP.

“That’s my game, I feel like when I’m the most effective is when I’m ahead in counts and throwing a lot of strikes.”

He throws three pitches for strikes, fastball, slider and change. He’s developing a cutter which he hopes to have ready soon. He caught the eyes of South Dakota State as his team took the spring title at O’Gorman. He loves the feel on the SDSU campus and is excited to have that decision behind him as he winds up his junior year. Instead of focusing on certain pitches, Reece says he’s focusing more on mechanics to get him back to prime pitching position. 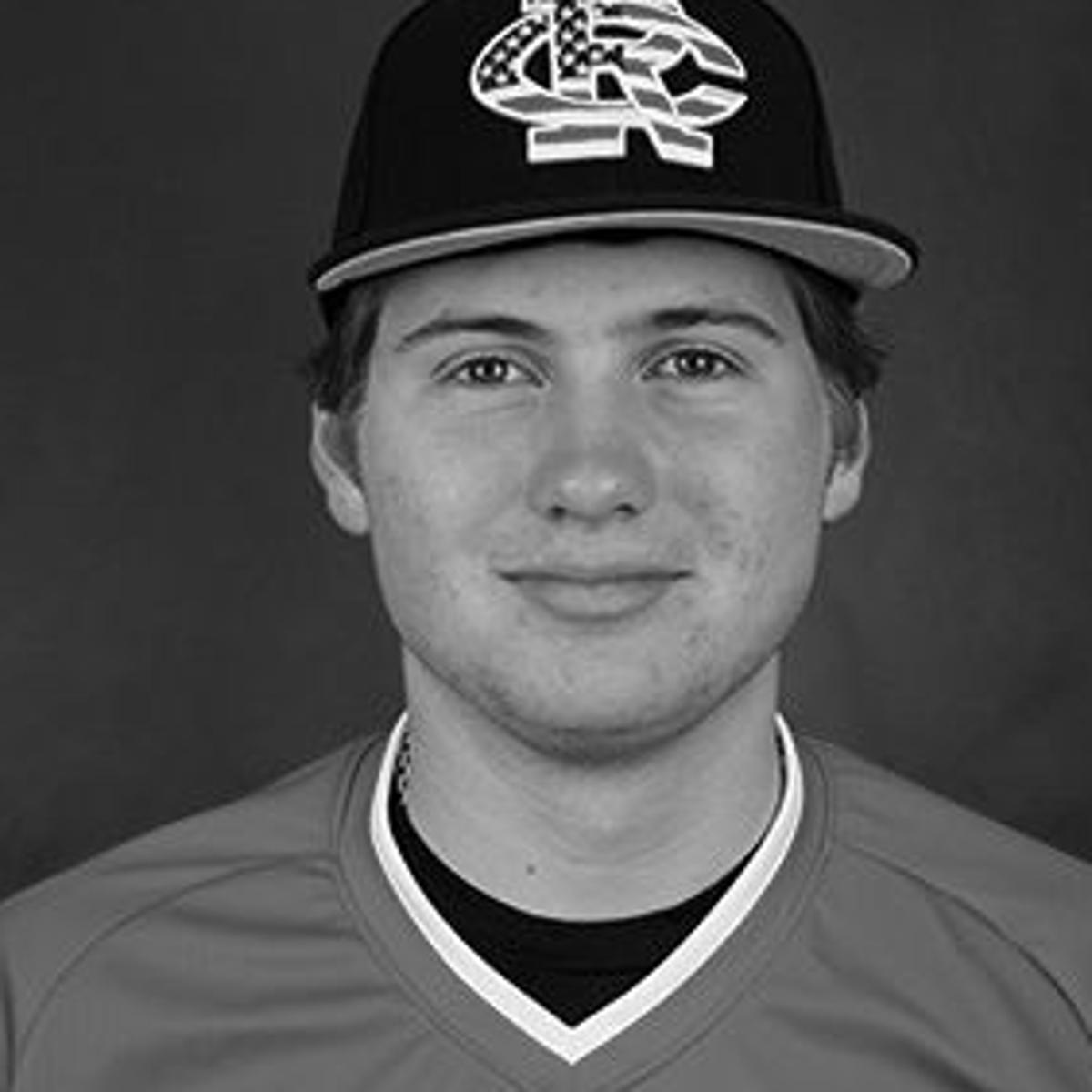 Jake is a big-framed kid who’s always loved the craft of pitching. He set a goal as a 7th grader to pursue pitching after high school. He says he’s made big strides with his command, “In middle school, I would say I was kind of wild, to say, I’ve always had the arm strength, but the command wasn’t always there.”

His command has come a long way. He had an impressive year as a sophomore last year, netting almost a strikeout per inning and posting a 6-1 record. Jake got noticed at a tournament in Mitchell last year when SDSU contacted his coach and they set up contact. He soon thereafter committed to play baseball at South Dakota State.

Jake’s uses his curve ball well in conjunction with a commanding fastball and his third pitch is a change. He said he’d like to add a slider by the time he gets to college. Jake goes to St. Thomas More and plays for RC Post 22. He loves the structure and coaching he gets for the Hardhats. 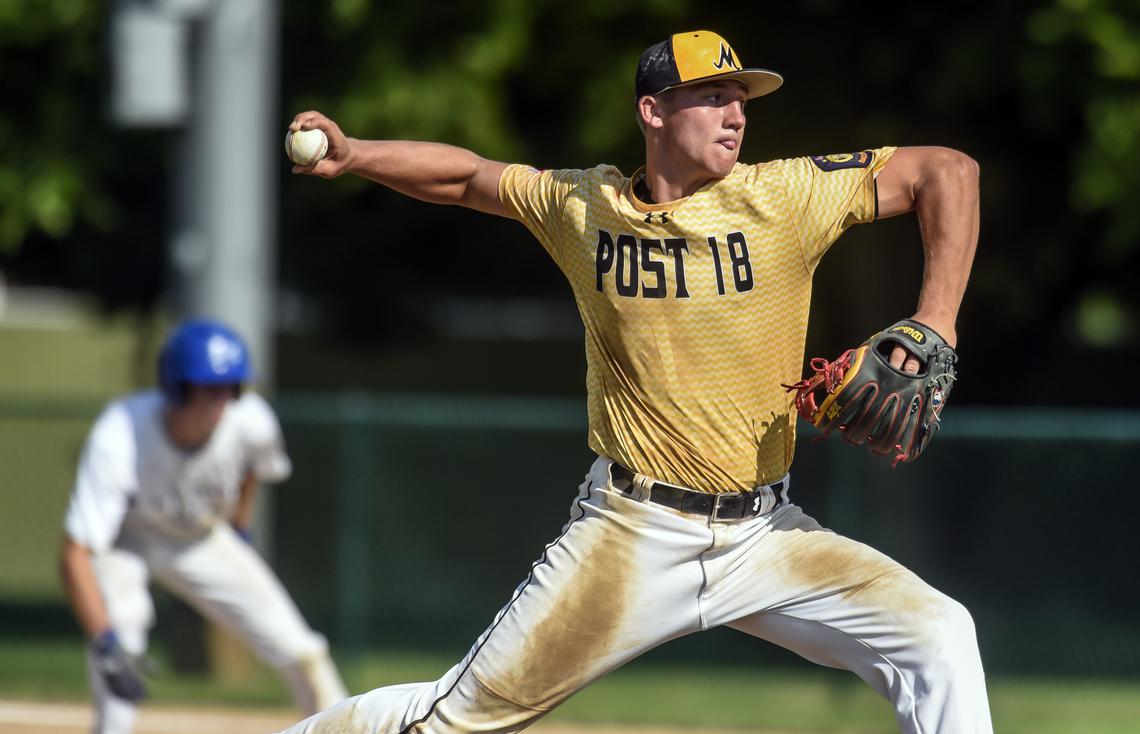 Brady made a name for himself in every sport he suited up for. He won a state championship in football with Bridgewater-Emery/Ethan this fall and he put up great numbers in basketball and on the track, but baseball was the sport he felt he had the best future in. So he decided to commit to South Dakota State for baseball where he’ll pitch and play infield. He earned all-state honors last summer with Mitchell Post 18 while posting a 1.38 ERA and a perfect 6-0 record. 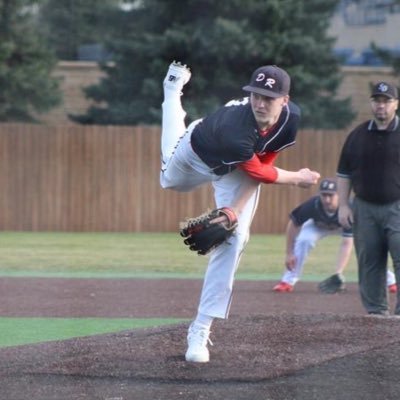 Wichita State took a chance on Austin Henry and they’re about to benefit from that chance. In January of his sophomore year, Henry accepted a scholarship offer, his first offer. Even before Henry was ranked at the top of Prep Baseball Report’s prospect list for 2022, the Shockers had a hunch they had a star. He topped out at 88 MPH over the winter and he continues to improve.

Wichita State pitching coach Mike Pelphrey, who pitched in the majors, has been giving some advice to Austin and his pitching coach on how to keep his arm healthy and improving. Austin has a laid-back personality that translates on the field. He’s a deliberate pitcher who doesn’t get ruffled and focuses on locating the fastball. He’s working on mixing a curve and a change into the mix. He’s mostly worried about his using his fastball now, but wants to make sure he’s got three solid pitches by the time he goes to Wichita State. 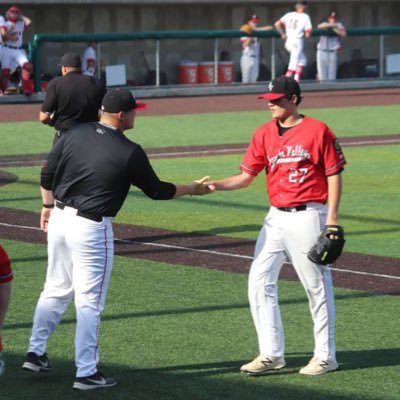 Cole is a big game pitcher with a big body, big arm and big personality. He’s been pitching big games for Brandon Valley since he was a sophomore and helped win a spring state title for the Lynx. He throws his fast ball in the 84-88 MPH range and locates a curve for his strikeout pitch and throws a good change and slider. He’s planning to attend NIACC in Iowa to pitch next year. 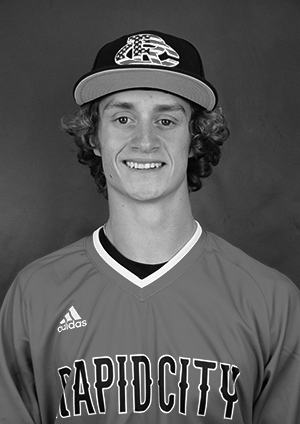 Bransen’s ERA might be higher that some others on this list, but don’t let that fool you. He is a legit elite pitcher in the state. He had a couple of games last year that make his stats look a little off, but his 92-mph fastball sat down almost two hitters per inning for one of the premier teams in the state.

The Stevens junior got the attention of several power five colleges, but it was Utah in the Pac-12 that got his commitment. Although he tries to mix the fastball and slider for strikes, he says it’s the mental game that makes him potent on the mound. “I try to work on the hitter’s weakness at the plate as much as my strengths on the mound.”

It’s that complete package that makes him a top pitching and positional prospect in South Dakota. 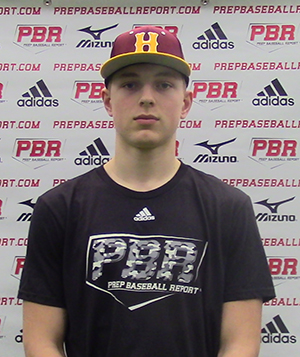 Chase Mason made a big impact in several sports during his junior year. The highlight may have been bringing a state championship to Viborg-Hurley in football last fall as their quarterback. But baseball might be his best sport.

Chase said he’s narrowed his college options to baseball and football and will take his time to make that decision. Chase hit 92 mph on his fastball this year and he can also hit the ball hard as demonstrated by his 105 mph exit velocity. Kentucky, Missouri, Michigan State and Wichita State have all reached out to talk to Chase about college baseball.

Chase is a slide-step guy who is a command pitcher. He leans on his fastball and slider. Last year, he added a curve for strikes. “If I get the slider and curve working on the same day, it can be a hard day for the hitters.” 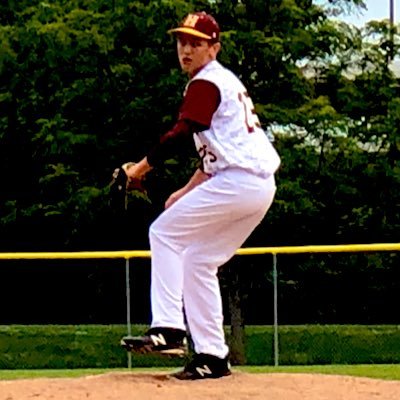 Will got the chance to play varsity baseball as a freshman last year and he said he learned a lot: “It wasn’t as bad as I expected. Even though it was quite cold last year, I improved with my offseason workouts and velocity. It’s great working with the program I’m at now.”

Will made a big splash at the Prep Baseball Report workouts, where he placed as one of the top fastballs at the event. While he’s working on his slider and change, he focuses on pinpointing his fastball.

He knows he wants to pursue architecture, but he’s undecided what role baseball will have after high school. His ultimate goal is to play in the SEC at Mississippi State. But he’s more concerned with where his next game is and how he can keep improving. 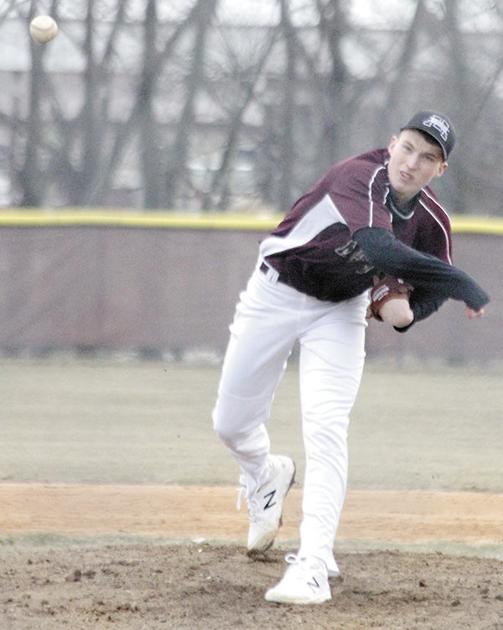 Tyler threw a dominant season last spring, with just one earned run allowed all year. He’s part of a stable of arms in Madison, including Aspen Dahl, Zach Whitlock and Evan Appelwick. But it was Tappe who took a brunt of those innings for Madison and diced up hitters for 1.7 strikeouts per inning.

“I’ve always kind of thought, just grip it and rip it. It helps to have a great defense behind me too,” said Tappe.

He throws well on the low outside corner. He focuses on location and works fast which he thinks gives him the advantage. Tyler has committed to play quarterback at Dakota State next year, although he will be focusing more on football, he wants to keep playing baseball when he can. 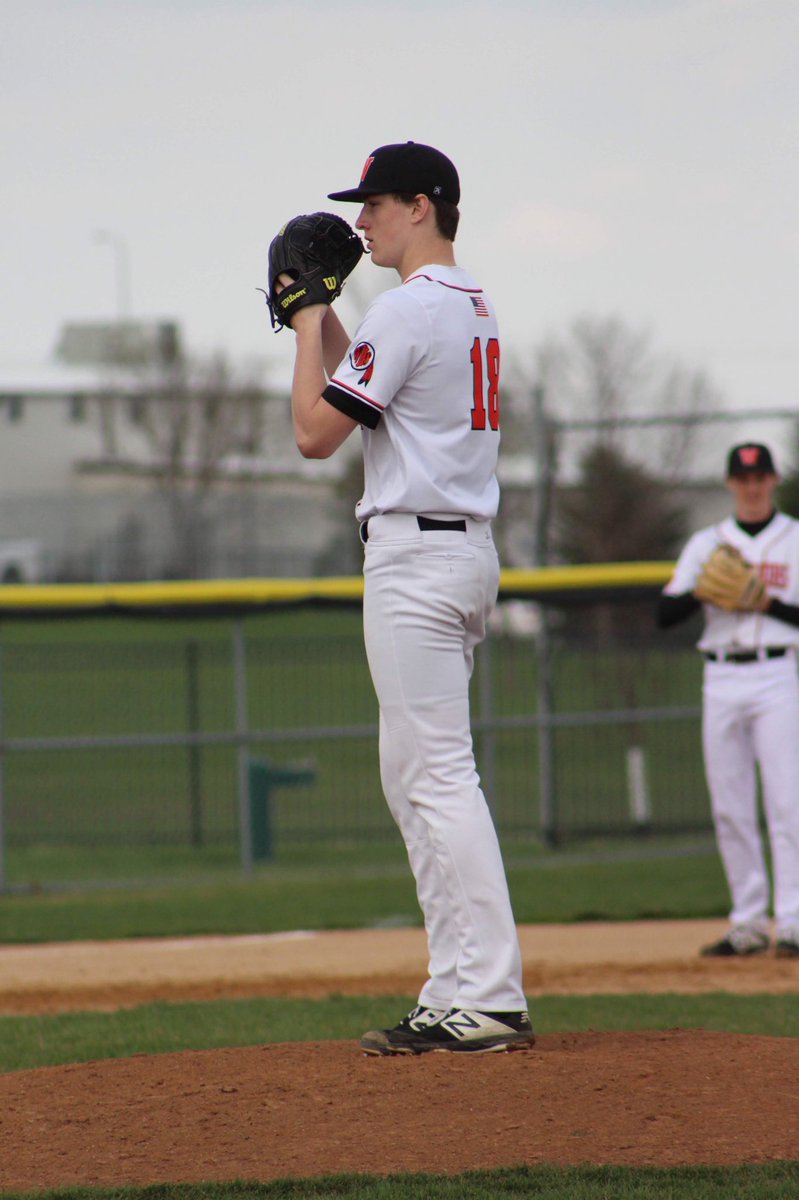 Ganin seems to be able to do anything. He’s an all-state caliber basketball and baseball player. He splits his time playing outfield and pitching in baseball and excels at both. Ganin plays in the spring with Washington and the summer with the South Dakota Bulls. Thompson recently decided to further his baseball career playing for the Spartans at Michigan State.

“It was kind of a fluke,” said Thompson. “[Michigan State Head] Coach Jake Boss was at a tournament that I was at. He was supposed to be watching someone else, but their game had been rained out. Luckily, mine was on artificial turf, so I was still playing. He walked into the stadium right as I was coming up to bat and I was able to hit a solid line drive to right center for a triple.”

After that timely introduction Ganin got to talking to the recruiting coordinator and over the next weeks, quickly deciding to become a Spartan. He’ll play outfield as his primary position but hopes to pitch at MSU too. He throws a high-80s fastball and works fast. He relies almost entirely on pounding the zone with that fastball. Occasionally he drops a slow curve and hopes to add a third pitch before becoming a full-time Spartan. 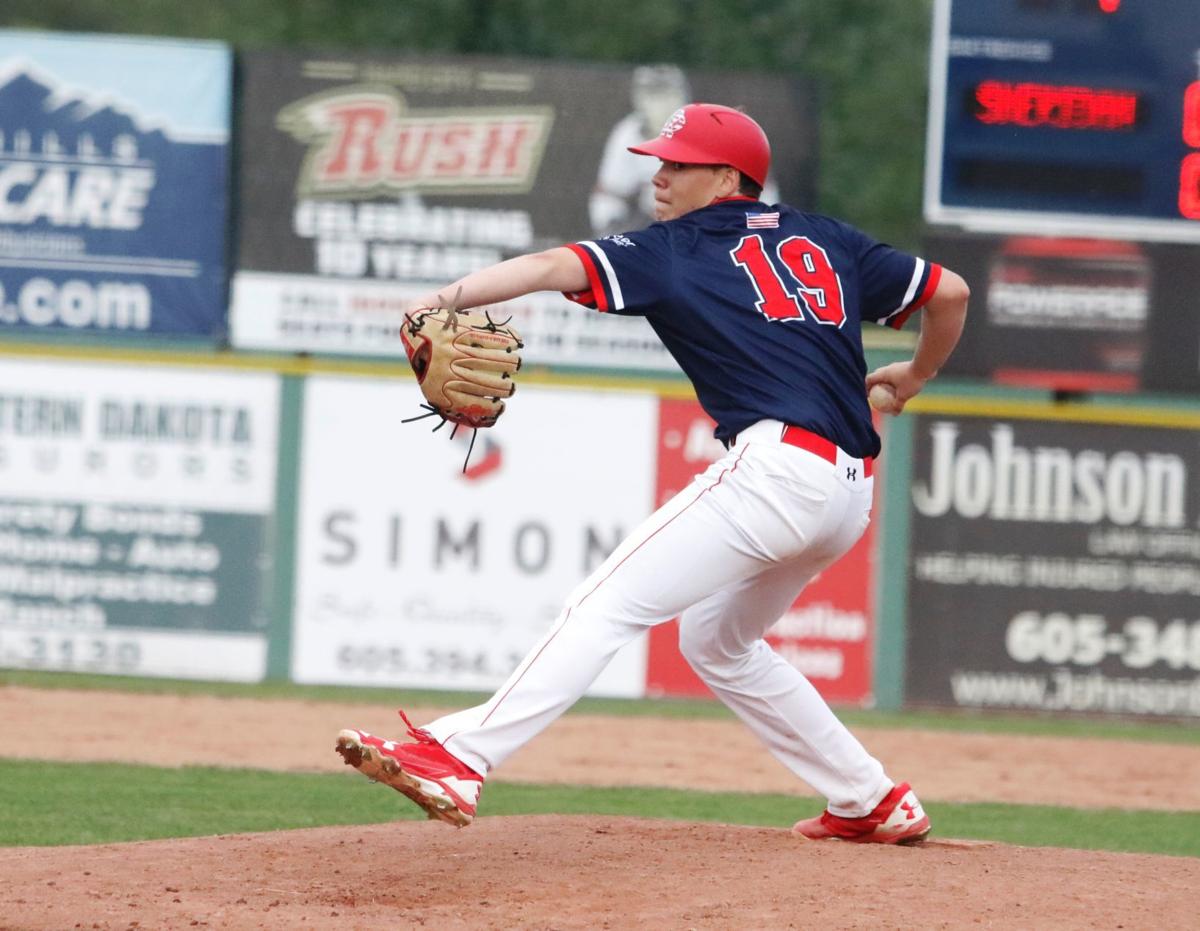 Zach has been the ace for Rapid City Post 22 for the past two years, he has a perfect 17-0 record in that time. Last year, he was arguably the best legion pitcher in the state. The Stevens senior signed to play baseball at Butler Community College in Kansas. Whitesell commands a fastball as well as anyone, and mixes his curve and change in effectively. 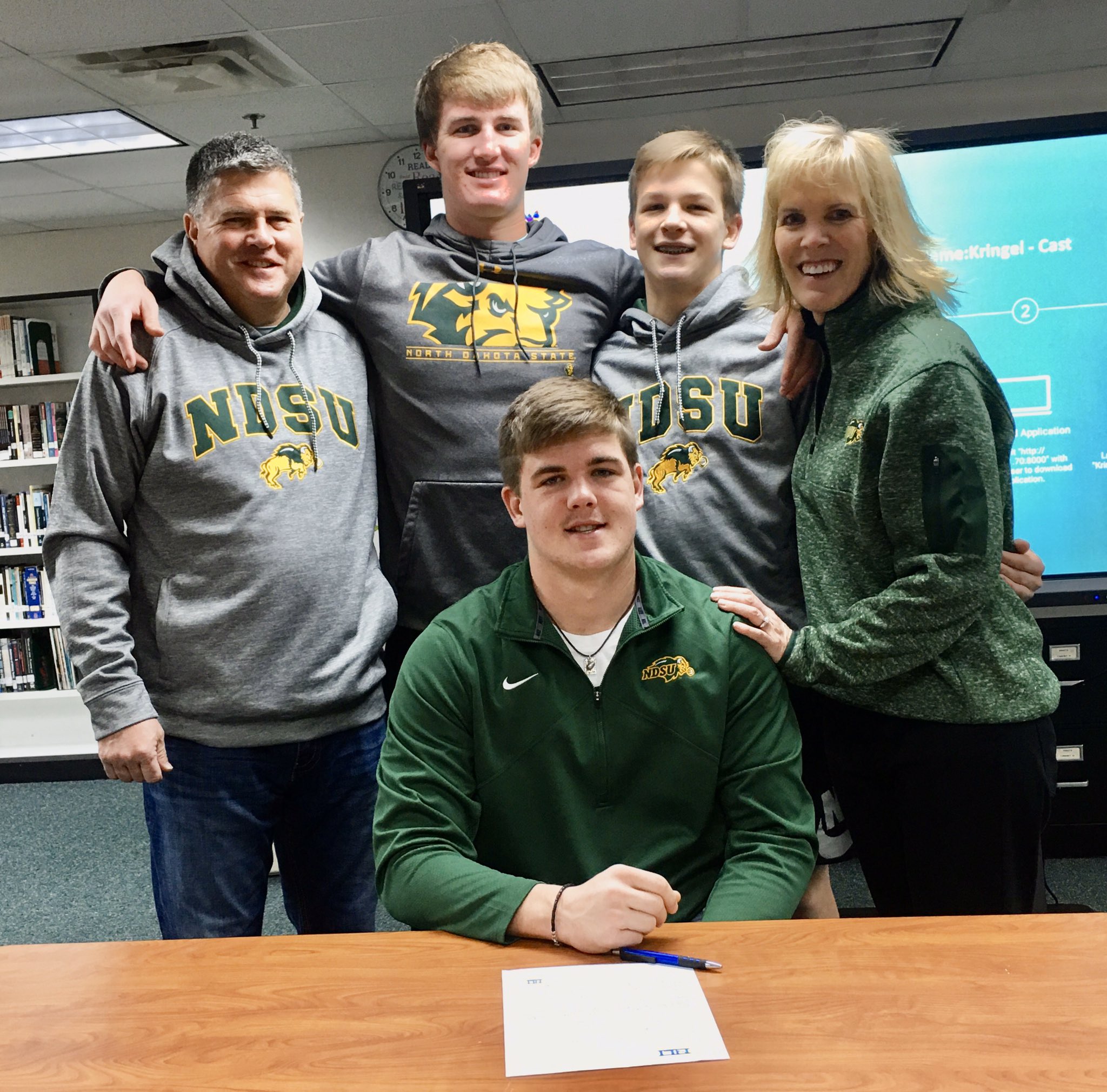 Grey is what you’d call an all-around athlete. He is the best basketball player in Pierre and he’s heading to play football at NDSU next fall, but some think baseball is his best sport.

He’s a dominant lefty who stands in at 6'6" and comes in hot. He routinely hits 89 on the gun and mixes in great movement. Last spring, he posted a ridiculous 1.6 strikeouts per inning and had a sub-one ERA to go with it. He had an all-state season in the spring with Pierre followed by an All-state season in the summer. Last summer, he had to decide on what sport he wanted to play and chose to play offensive line for the FCS national champs.