Teddy Krivarchka: Growing Up With Golf

From its wonderfully well-manicured landscapes to the silence of a summer afternoon, the game of golf has a way of reconnecting players with the senses that get lost in the shuffle of life.

It’s a sport that’s inherently individual, and yet its greatest moments are often connected to those they’re shared with.

“I started playing more and more and then, as we had our kids and our family, it was just a nice family activity," Matt Krivarchka said. "As you start looking down the road, you kind of start saying alright, golf is a sport, or an activity, you can do your whole life.”

With that in mind, Krivarchka decided to introduce his son Teddy to the game as soon as he was able to hold a club.

“When I’d go golf, you know, I’d just bring Teddy with because I wanted to hang out with my family. I wanted to hang out with my kids,” Matt said. “And you kind of think of well, how do you get a 2-year-old interested in golf? You kind of try to make it a game. Try to find a way to put the ball in the hole and it excites all of us, no matter our age.”

Matt didn’t realize it then, but he had released the “Tiger” within his toddler.  Teddy quickly became obsessed with the game. And it was just a few years later that he would take his first swings in the world of competitive golf.

"I want to say he was six," Matt said. "That summer he started to really comprehend. He was getting better and better. I said, I think he’s ready for a tournament. I really had no idea how ready he was, but the first tournament we put him in he shot 38 - I think he made one or two birdies -It was like, yeah, he gets it.”

Teddy took home 2nd place in a field made up of players aged 9-and-under. His first win came a few weeks later – just after his 7th birthday – at a U.S. Kids Golf event in Ashland, Nebraska. He went on to close that season with another first, two more seconds, and the foundation for the nickname “Steady Teddy”.

“Everybody, maybe, at that age can hit the ball good every once in a while, but to have it look the same - yardage is coming in about the same after each shot - you kind of knew early on that his swing was real consistent. He was doing the same things all the time," Jared Andersen said.

Jared Andersen is the former head pro and current general manager at The Country Club of Sioux Falls. He’s had a front row seat for Teddy’s development. In addition to natural ability, he’s seen a sort of mental maturity that goes well beyond this particular player’s years. 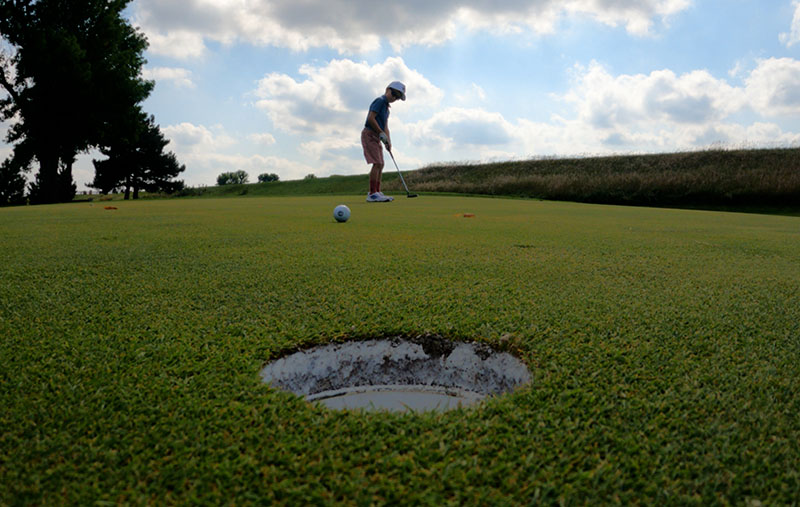 “I have kids, too, and you bring them out at an early age because you want them to be exposed to golf, you want them to golf. They might be here for 20-30 minutes and be like, hey, let’s go get a pop or let’s go home, I’m done. But he just wants to practice. He wants to work at it," Andersen explained. "He can come out here and be entertained for what seems like hours and, as you know, it’s about reps in sports. It’s about just getting reps and practicing a little bit. So he just has the ability to stay focused and wanting to work on it, and enjoys it. This is a game that you’ve just got to put some time in and he has."

That work ethic has certainly contributed to Teddy’s consistency on the course…as has his ability to weather the ebbs and flows of any given round.

“Golf can toy with you," Andersen said. "You can take a bad hole and some kids, it’s going to ruin the rest of the day. Some kids rally from it. But he’s somebody that has shown after a bad hole, he can bounce back.”

Jay Elsen: When you get out on the course and you’re just playing, what’s going through your head?

Teddy Krivarchka: “Hit each shot good, and if I hit a bad one, forget it and go to the next one.”

“That’s his greatest trait on the course is being able to focus on each shot at a time and not worry about what might go on," Matt said. "I think sometimes as myself, caddying for him and going with him in tournaments, I think I’m more wrapped up in what he did a hole ago than he is, which is pretty cool to see for an 8-year-old.”

Teddy’s biggest test to date came in the summer of 2021.

Through his performance on the Lincoln, Nebraska Tour, Teddy qualified for the U.S. Kids Golf World Championship, which is played in the shadows of some of the sports’ most hallowed ground.

“He played at Mid-Pines, which is just down the road from Pinehurst," Matt said. That place itself, many people don’t know about. But it is just neat. Everything is culture and history of golf. It’s definitely a different type of golf, we found that out right away.”

“You get to play against kids from all around the world and it’s hard. A lot of sand traps," added Teddy. "I went in there a couple of times.”

Teddy worked through the challenges on the course – not to mention the excessive heat and humidity of Central North Carolina - to post a three-day total of 122. That was good enough for top 25 out of more than 100 players.

“You know you go back and you look at it, he made some putts and some chips. You also look back at it there’s one stretch that if he changes it a little bit, he’s easily a top 10 player, so it’s pretty cool. But that’s golf," Matt said. "We’re really, really happy and proud of what he did down there.”

It’s just the beginning of what looks to be a very promising future for young Teddy.

The Krivarchka’s are doing all they can to foster a healthy relationship with the game. But maximizing his seemingly limitless potential will ultimately be up to him. 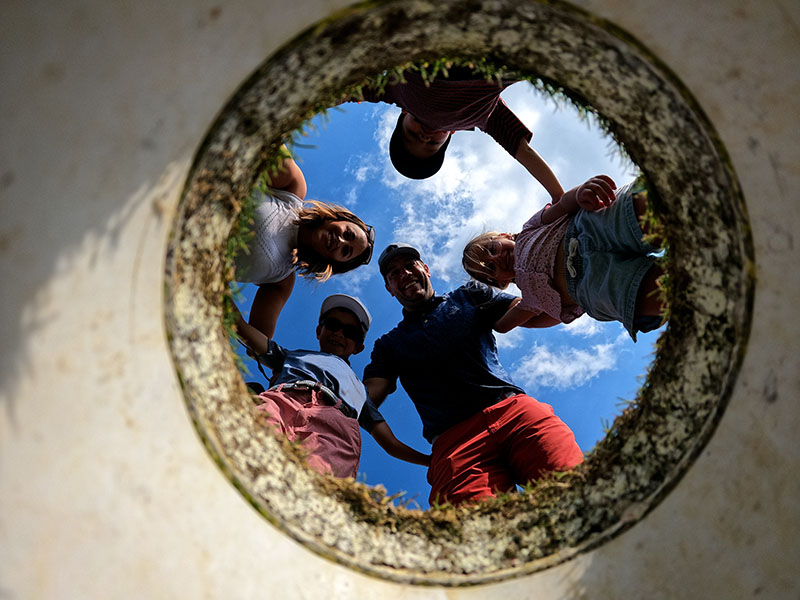