The Dak XII Conference has dominated Class 11A for years. Last season 7 of the 8 quarterfinal teams were members of the Dakota XII conference. Madison gave the conference its twelfth straight championship in 11A. This season looks to the powerhouses in the southeast part of the state once again for the leaders in this class.

The C-Hawks ran into a tough matchup in the quarterfinals and were eliminated. They will need a little bit more offense to make a title run in 2022. They have seven starters back to do just that. Josh Merkle returns at quarterback and Canaan McCracken moves to running back from O-Line to lead the way. They also have all-state fullback Beau Williams to open holes. Defensively Canton will be in great shape. Josh Merkle returns at middle linebacker and Avery Herting lines up at defensive end again after two straight all-state seasons. "We'll be inexperienced on the O-line,” commented Coach Lundstrom. “We need them to learn and grow together every day. Our backs and receivers are an exciting group. Josh had a solid first year at QB last year after stating at TE as a Sophomore and G as a Freshman, throwing for nearly 1,000 yards.” Canton should be more productive and balanced on offense this year and comes into the season as the gold standard in Class 11A.

Last year the Trojans were one of the toughest four-win teams that I can remember. They have an even stronger group this season.  “We had 4 losses last year by score or less (Lennox by 1, Canton by 6, Vermillion by 2, and Dell Rapids by 4),” said Coach Hernandez. “We will be in the 2nd year in our offense, which for our kids is huge.  It is the first time in 4 years they are going into a season with the same system in place, offensively and defensively.”

Dell Rapids was just a game away from getting back to the dome last year. They bring back a nice core of players with some talent coming up, “. Defensively we have a lot of experience back from a year ago. We need to build off the foundation that was set a year ago and play at a high level defensively from the start,” said Coach Huska. “Offensively we have a few key guys back but also have a few holes to fill from graduation. Guys are working hard to step in and fill those holes.” I expect their defense to be ahead of the offense, but they have the talent in place to be very good.

The impact of a new coaching staff and a new commitment to football raised Vermillion back to relevance last year. They went 7-4 and made a deep playoff run. Ty Hertz will step in at quarterback, but Head Coach Tom O’Boyle thinks he has what it takes to lead a dynamic offense. The line is led by Carter Skogsberg and Roz Baylor, two of the better linemen in the class, however they will need to find a few more good blockers up front to replace last year’s stout line. Zoan Robinson is one of the best playmakers around, look for him to make an impact this season.

Lennox quietly went above .500 with a very young team last year. I believe they have a chance to be one of the breakout teams in 11A this season. “We have a strong upperclassmen group that have played a lot and know what it takes to compete in the Dakota 12,” said Coach Luze. “We’ll be leaning on their leadership this year.” Braeden Wulf threw for 1,700 yards last year and has the weapons and the strong O-Line in front of him to do it again. Defensively the line is one of the best in the class with Hayden Herlyn in the middle and Gabe Beman and Cody Peterson causing havoc on the outside. The schedule is always tough, but don’t sleep on Lennox.

Injuries crushed Dakota Valley’s chances last year, but Jeff VanDenHul’s crew has 10 players with starting experience back on offense along with a solid defense to get back into contention. “We should also have some depth going into next season. We really were hit with the injury bug along the OL and having a little more depth going into the season will hopefully help us avoid playing players before they are ready for varsity reps,” said Coach VanDenHul.  Ethan Anema will bring a solid frame and big arm to the quarterback spot with Randy Rosenquist as his top target.

Milbank pushed further than they had in over ten years by getting to the championship game last year. This season they begin filling the holes left by 19 graduating seniors. However, they have a strong freshman class and some studs who are ready to take their turn. “It will be a challenge to replace five starters and 19 seniors, but we have worked hard in the offseason and are ready to compete,” said Coach Brian Allmendinger. Garrett Mertens will suit up at quarterback and gives the offense more balance than they have had recently. Sawyer Gauer and Aidan Foell are three-year starters back as leaders. Milbank has a chance to be in the mix again this year.

Joe Bundy takes over at head coach for Madison following a perfect 12-0 season that netted them another state title. They’ll look to Ben Brooks to take over at quarterback this season with four starters back on offense and five on defense. “This is my first year as the head coach. We will be young and inexperienced in a lot of our skill positions, but the kids are talented and excited to step up into starting roles,” said Coach Bundy. “We will have a new defensive Coordinator so there will be a little bit of a learning curve there too.”

The Chargers were competitive in most games last season against a very tough schedule. They have eight starters back including four of their five starters on the O-Line. Tayton Snyder started five games at quarterback last year and did well. He has his top weapon Carter Van Donge back as a third year starter at receiver too. Coach Jared Smith likes the group this year, “I’m excited about the experience that our team brings back this year. This is a group that believes in each other.”

I had a tough time not including the Watchdogs in the top five. They showed a ton of heart last year in 11B on an epic playoff run. They ended the year with a 7-4 mark just a game shy of the dome. This year they have the makings to make another playoff push. Eight starters are back for Head Coach Scott Ebert including their quarterback Tate VanOtterloo and running back Peyton Fridrich. “We return a very large part of last year’s team and that is exciting,” said Ebert. “This is the fastest team we’ve had and one of ht emost athletic.”

Top Players to watch in 11A 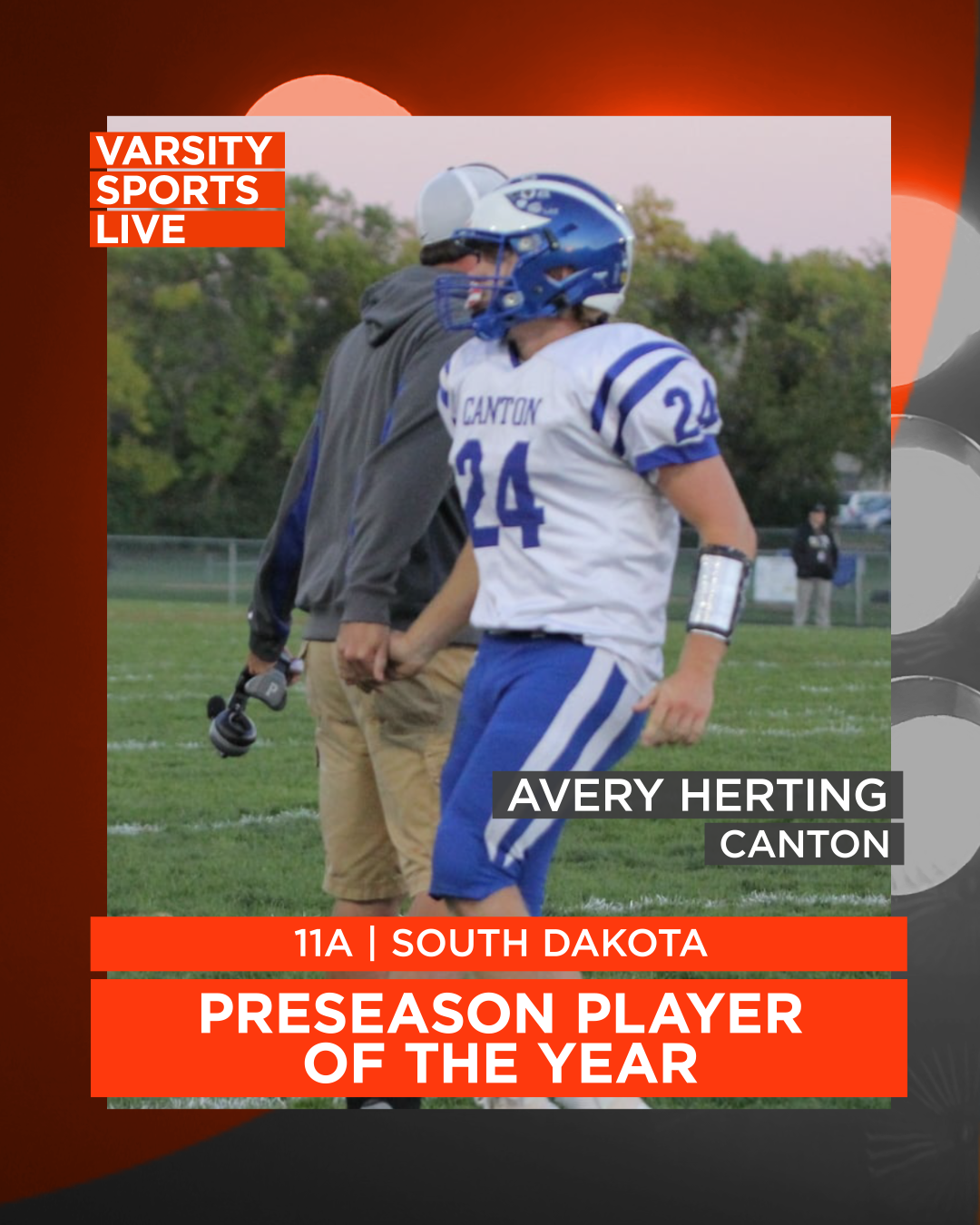