The two teams that reached the state championship game last year graduated a ton of talent, but will Kindred and Grafton be back in the mix come tournament time? Central Cass has a senior group that has played in a ton of big games over the years and will be the favorites to hoist the hardware in March. Who are the other contenders and which players do you have to keep an eye on throughout the season. Check out my preview of the Class B girls basketball season!

The Squirrels return a strong nucleus of players that have played a role in guiding the Squirrels to a pair of state tournament appearances (2020 and 2021). Last year, Central Cass was ranked 3rd in the state when they were upset by Northern Cass in the region semifinal round. Senior forward Decontee Smith has been a force since she was a freshman. Last year, Smith averaged 13.6 points and five rebounds per game while being recognized as one of the top defenders in the state. She’s expected to miss time early in the season due to a medical condition, but is expected to return by mid-December according to head coach Jay Bachman. Look for twin sisters Klaire and Delaney Cotton to add a ton of punch to the offense again this season. Delaney led the state with 93 made triples a season ago. Coach Bachman likes to overwhelm the opposition by playing with great speed and I feel he has the personnel to do it again this year, while contending for a state title.

There’s a lot of reason for optimism in Honker country thanks to a great mix of talent and varsity experience. Senior forward Brenna Stroklund (15.3 ppg, 9.1 rpg, 87 blocks) is coming off an all-state campaign and is one of the top players in the state. Stroklund is a strong post player and excellent shot blocker. She’ll be happy to have her classmate Kate Zimmer back in the fold. The senior point guard missed almost all of her junior season after tearing her ACL last December. As a sophomore, Zimmer averaged 13 points and 6 rebounds while being one of the top assist leaders in Class B. This could be the year that Kenmare and it’s new co-op partner Bowbells take home the program’s first state title.

Panthers head coach Jen Brossart must be excited about returning her top four scorers from last season led by all-region selection Mykell Heidlebaugh (15.5 ppg, 8 rpg, 74 stls). The Panthers have an impressive nine seniors on the squad which gives them a huge advantage when it comes to team chemistry. You can’t coach size and Rugby has plenty of it. The Panthers have seven players that are expected to see varsity time that are 5’10” or taller. The Panthers won 20 games last season but were upset in the region tournament. That’ll serve as a huge motivator for a group that has all the ingredients for a deep postseason run.

The Bulldogs look to have a roster ready to contend for the program’s first state tournament appearance since 2008. Nothing will come easy for the Bulldogs with some great teams playing in region seven like Beulah, Glen Ullin-Hebron and new co-op Grant County/Mott-Regent. 5’11” post Ellie Powell (12.1 ppg, 8.9 rpg, 57 stls, 39 ast) is the lone senior for the Bulldogs and she’ll be a contender for the all-state team this winter. The rest of the lineup is littered with some talented juniors and sophomores that have bought-in to the high intensity pace that the Bulldog coaching staff demands. Coming off a 20-win season, I believe Bowman County takes another step forward for the program this year.

Coming off a perfect season that resulted in the program’s fourth state title, the Vikings check in at number five for me. Kindred has plenty of holes to fill after the departure of a decorated senior class led by the terrific trio of M.s Basketball winner Abby Duchscherer, all-state pick Terryn Johnson and all-region performer Tina Freier. With departures comes opportunity. Senior Kacie Burner will be one to watch following a strong junior season in which she averaged over 12 points a contest. Head coach Sam Brandt has a knack for getting the best out of her teams and despite the significant roster overhaul I could see the Vikings being a tough out in the postseason.

After finishing 3rd in region three last year, I expect a veteran Rebels squad to be contending for a state tournament berth. Mataeya Mathern, Norah Entzi and Kiara Jangula were named all-district performers last season. Mathern averaged 17 points and nearly nine rebounds per game as a sophomore and has potential to really break out as a junior. The Rebels have loaded up their schedule with tough opponents, so they'll be battle tested come playoff time. The Rebels have games against Langdon-E-M, Northern Cass, Kidder County, Oakes, Linton-HMB, LaMoure-L-M throughout the year and play my preseason #1 Central Cass in early February.

The Tommies haven’t reached the state tournament since making back-to-back appearances in 2018 and 2019. That’s what happens when you run into the roadblock of Grafton in your own region. This year, I see the Tommies getting the upper-hand and returning to the dance. Head coach Jason Brend says, “We return an athletic group of girls who play well together and have a good understanding of the game. Our top strengths will be our ability to distribute the ball and solid team defense. We will have a nice mix of quickness on the perimeter and length in the paint which should allow us to have a balanced scoring attack.” That balanced scoring attack will likely be led by senior Olivia Dick (11 ppg, 85 ast) and junior Sydney Schwabe (8 ppg, 70 ast).

Fresh off a volleyball state title, a lot of the same athletes will try to lead the Jaguars on a postseason push in basketball this winter. The program’s career scoring leader Halle Crockett returns for her senior season and will look to add to her total of 1,469 points. She’s a solid ball handler, good finisher in the lane and has even grown her outside shooting touch. Halle’s younger sister Haidyn will step into a larger role as a sophomore after averaging nearly 12 points per contest her freshman year. That duo along with some good size in the post in 6-footers Josie Jensen and Ellie Lucas gives Northern Cass plenty of reason to feel optimistic entering the 2022-23 season.

Death, taxes and Langdon-Edmore-Munich making the state tournament – all three seem inevitable. The Cardinals have made state for five straight seasons and Rob Scherr has the pieces in place for a 6th straight trip this winter. All-district performer and 5’10” junior Jaya Henderson (12.6 ppg, 5.8 rpg) leads the group into the new season as a great all-around player. The team will also get a lift from 6’1” junior center Cora Badding who missed last season due to a knee injury. Badding is coming off a terrific season on the volleyball court. Depth is a concern, but the Cardinals are routinely one of the top defensive teams in the state and I expect more of the same this season.

The Skyhawks are coming off a 3rd place finish at state and are counting on some fresh faces to step into bigger roles on varsity. The centerpiece for Shiloh Christian will be 1st team all-state pick Hailey Quam who has been one of the top offensive threats in the state for a few years now. The senior averaged nearly 18 points and 8 rebounds per game last winter and plays an energetic brand of basketball. Head coach Dan Seifert will try to get his team to play to its strengths relying on their speed and athleticism to play an up-tempo style. 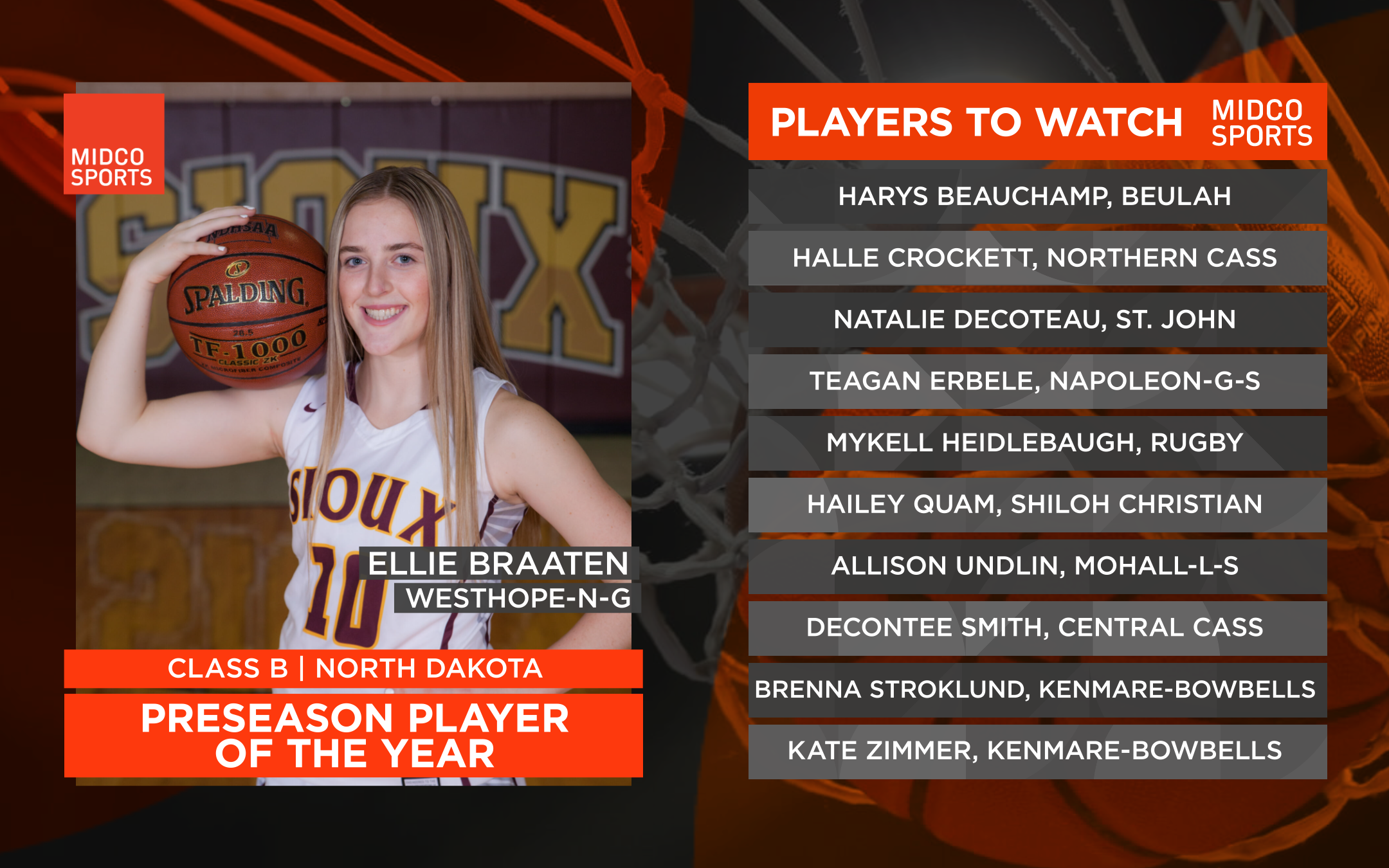