The talent in Class A girls basketball is as good as it's ever been in North Dakota. There is division one talent scattered across the state and that should lead to some very competitive basketball in both the WDA and EDC. Add on the fact that a pair of 8th graders sparked a Minot team to an improbable state title run last winter and the interest level in this division couldn't be higher. Can the young Majettes repeat? Will Century regain the thrown? Could a healthy West Fargo team make a push in the postseason? Before the season tips off check out my rankings and players to watch.

How great am I at doing preseason predictions? Last year, I had Minot as a bubble team and they went on to surprise the state by winning 22 games including a victory over Century for the program’s first state title since 1978. In my defense, I did write “I feel the Magi might be a dark horse this year.” This year, there will be no sneaking up on teams. The Majettes are a talented group and that’s not going to change anytime soon. Led by its fabulous freshman duo of Maggie Fricke (16.5 ppg, 4.8 rpg, 58 stl, 55 ast, 49 treys) and LeeLee Bell (15.8 ppg, 7.5 rpg, 37 blk, 52 treys), Minot returns four of its five starters from last year’s title team. Fricke and Bell are already exploding on the recruiting trail. Fricke already holds division one offers from both UND and NDSU, while plenty of D1 programs have already expressed interest in Bell, too. Junior guard Avery Lunde will also provide a spark on both ends of the court after averaging nearly nine points per game and racking up 45 steals. Head coach Jason Schwarz has the task of keeping this talented squad locked in night after night as they try to repeat as champs.

As talented as Minot is, some across the state will argue that Century remains the team to beat. Our Midco Sports preseason player of the year Logan Nissley returns for her senior season. The University of Nebraska basketball commit averaged 22 points and 10 rebounds per game last winter despite playing through foot pain that ultimately forced her to have surgery on both of her feet in the offseason. She quickly worked her way back into shape and helped the Patriots reach the state volleyball championship game and now has her sights set on going out as a state champion on the basketball floor. Nissley is such a gamechanger with how she can score at all three levels. She and classmate Bergan Kinnebrew (17.8 ppg, 6.3 rpg, 60 stl) work incredibly well together. Junior guard Eden Fridley provides a great jolt for the team’s defense. The Patriots fell one game shy of a perfect season and they’ve had all off-season to think about it. I expect them to be a motivated bunch all season. Make sure to circle January 17th and February 21st on your schedule. Those are the dates that Century and Minot square off in the regular season.

Last year gave us a glimpse of the potential for the Packers, but ultimately ended in disappointment. After opening the year with eight straight wins, West Fargo was hit with a rash of injuries. Starting guard Taylor Van Winkle missed time with an ankle injury and star guard Chloe Pfau (U Mary commit) suffered a season-ending knee injury in early January. Prior to those injuries, West Fargo was outscoring teams by an average of 30 points per contest. This year’s team will run through Pfau and NDSU commit Miriley Simon (22.5 ppg, 12.3 rpg, 35 blk). The Packer duo has been starting games together since they were freshmen. Simon has become such a consistent force in the post and is one of the toughest matchups in the state. When healthy, Pfau is terrific at creating her own shot and beating the opposition off the dribble. As with any player coming off a serious knee injury, the more games Pfau gets under her belt the closer she’ll get to being back to 100 percent. Fellow seniors Taylor Van Winkle and sharp-shooting Solveig Seymour provide the team some great scoring punch, as well. If the Packers stay healthy, they have a great shot to emerge from what should be a super competitive EDC race. They’ll get a terrific test on opening night when they host defending state champion Minot on Friday, December 2nd in a game we’ll televise live on Midco Sports.

In his first year at the helm, Kenyon Wingenbach guided Sheyenne to its most successful season in school history. The Mustangs won 20 games, finished as EDC runner-up in the regular season and made state for the first time since 2019. The good news for Mustang fans is that they only graduated two seniors from that team. Seniors Maya Metcalf, Karson Sanders and junior Brenna Dick return after earning all-EDC accolades a season ago. Metcalf, a MSUM commit, averaged 14 points, eight rebounds and two blocks per game last season. The Mustangs were one of the top offensive teams in the state last year. They led the league in free throw percentage and 3-pointers made, while boasting the 2nd highest scoring offense in the conference. Even with the progress they made last year, head coach Kenyon Wingenbach knows there’s more room for growth. “The biggest thing we need to do is build off of last year. We need to take what worked for us, adapt it to the collective team strengths of this year’s group and put ourselves in position to make a run at tournament time.” The Mustangs are a very senior-laden group and that should bode well once the postseason rolls around.

I don’t know how great I feel having the Eagles ranked this low, but that speaks to the incredible talent level in Class A girls basketball right now. Red River, Legacy and Bismarck can make legitimate arguments to be amongst the top five, too. What Davies lacks in post play following the graduation of Ava Wild, they make up for with speed and tenacious defense. The Eagles led the conference last season in scoring defense by holding teams to just over 48 points per game. That trend should continue with thieves like juniors Ashton Safranski (149 stls) and Karley Franks (60 stls) still around. Head coach Tonah Safranski knows her group has some great potential. “We will look to continue to be relentless on defense and pressure teams whenever we can. Offensively, we will look to run and push tempo up the floor. I feel we need to rebound well from every position and have fun playing together as a team.” Safranski, Franks and senior Ashley Wacha (Minot State commit) will be relied on as leaders for this Eagles team. They have what it takes to repeat as EDC regular season champs, but the competition in this conference is going to be fierce. 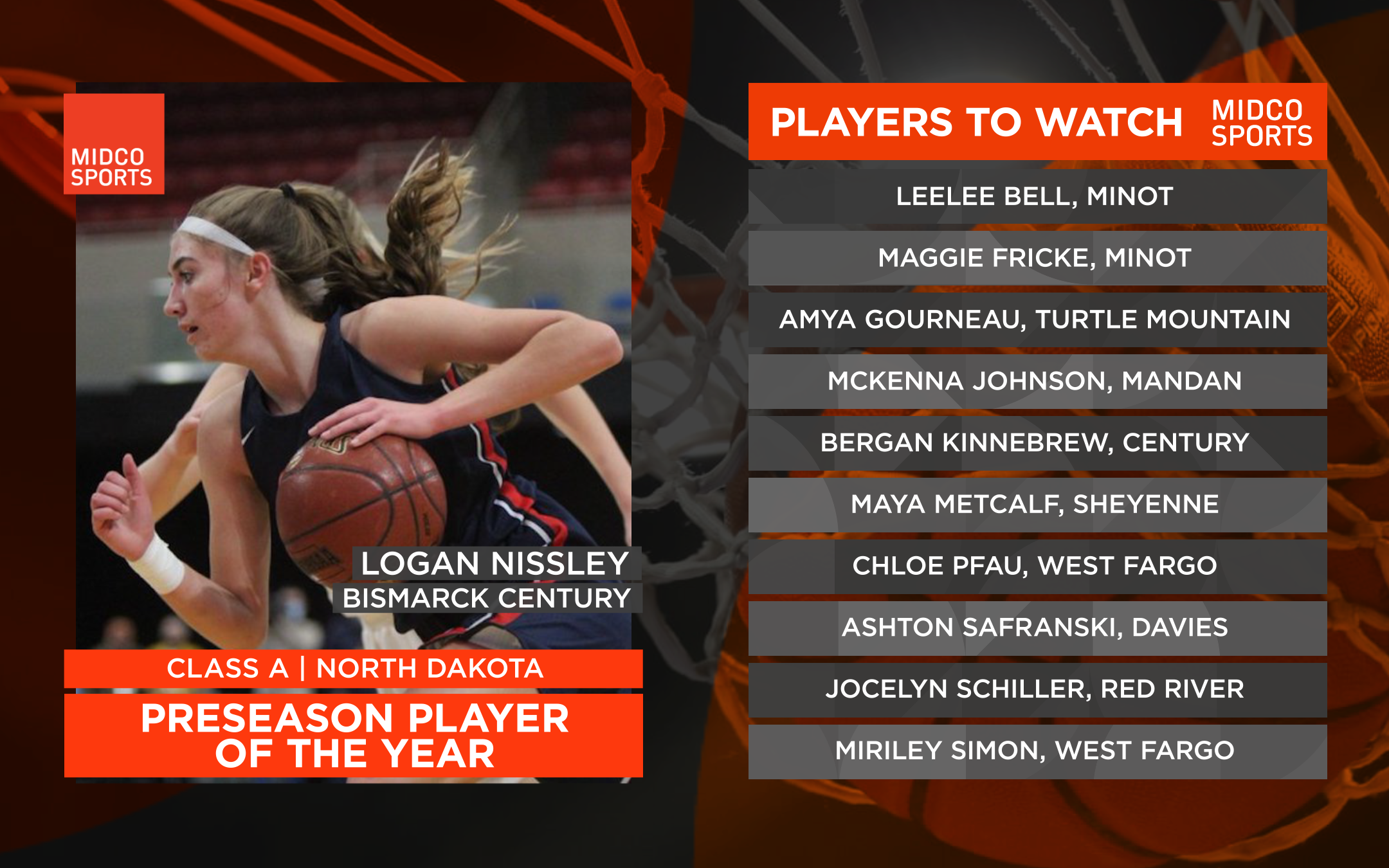