Let the season commence! One of the most wide-open classes each year is Boys AA. Last season Roosevelt finished strong to take home the title and this year that's exactly what these coaches are all preaching-FINISH STRONG! But here's a look at what this class has to work with as we begin the hunt for a state title. This is how I ranked the teams in my first media poll ballot.

Washington returns just two starters and has a new coach but remain the favorites in Class AA. Following a 16-4 season Head Coach Jeff Tobin tries to keep the Warriors charging. “With a new coaching staff, we know that it will take some time to solidify our identity as a team and style of play,” said Tobin. The potential is there for a great season with point guard Mikele Kambalo running the show. He is an explosive pass-first point who can also score (12.1 ppg). Angok Akot came on strong at the end of last season earning all-tournament honors. Joe Uttecht and Kael Miedema will both have bigger roles this season along with Tommy Peterson, Pat Osborn and Blayne Verhey. This is a very balanced and athletic team with good size and the best point guard in the class.

Last season the Golden Eagles took a group with no seniors and won two games at the state tournament. That put the rest of the class on notice for bigger things to come this season. Head Coach Brent Norberg likes his team’s makeup, “We are an unselfish group that works extremely hard.” Look for Sam Rohlfs, Alec Voegele and Harrison Reede to shoulder most of the scoring, but they have 8 players or more who can score if needed. Spencer Barr is an athletic highly skilled player who could surprise a lot of people in the Golden Eagle rotation. This team isn’t huge but has a couple of big 6-5 players in the post and a very good perimeter-based group that likes to get up and down the court.

The Knights got on a run last season and charged to the title game and picked up the runner-up trophy. This season they’ll rely on David Alpers and Matthew Eng to try to get them back in contention. Alpers is an athletic big at 6-7 who got more and more dependable as the season went on last year. He’ll be one of the best defenders in the post in Class AA. Matthew Eng got good playing time as a sophomore last season and showed off his range. This year he’ll be more apt to get his own shot off and likely lead the Knights in scoring. This young group has some size with 8 players on the roster who measure in at 6-4 or taller.

The Riders left no doubt at the end of last season who the best team in the state was. They won by 17, 26 and 23 points at the state tournament. Despite just one starter returning for Roosevelt they feel they have another contender, “We have HIGH expectations for this group,” said Coach Mitch Begeman. “We have 11 seniors on this team and the majority of them will play.” Marcus Phillips is the lone returning starter and is a big time player who will factor in on offense and defense at power forward. There will be several other seniors ready to make an impact including Vance Borchers, Micah Johnson, Gabe Kranzler, Thor Gilo, Justin Shaw, Sam McMillan and Hayden Arndt.

The Pats are coming off a 5-13 season, but all signs point toward a big improvement this year. “We are looking for a very successful season this year,” said Coach Jeff Halseth. “We have size and have good perimeter shooters.” Senior guard, Khalil Cisse and senior forward Caleb Hiatt are both returning starters who have started since they were sophomores and create a solid foundation on both offense and defense. JT Rock is a 7-0 sophomore who is getting a lot of recognition from D1 college scouts. He moved to varsity halfway through his freshman year and continues to add strength and physicality and can attack from the perimeter as well. Cameron Jackson is a 6-8 physical presence in the paint who came off the bench last year and should be a staple in the rotation again. The backcourt is much improved and give the Pats a chance to hit the three or take it to the rim. Gage Gohl, Elliott Whitney and Kyler Dahl join Khalil Cisse to form a deep group who are very solid. The Pats are one of the most well-balanced teams in the state, if they improve on their ball control and rebounding they could be a threat to contend for a title.

Jefferson begins their inaugural season with high hopes. Head Coach Tim Reck gets his first chance to be a varsity head coach with a dynamic group of athletes. Taylen Ashley will lead the way at the point with some big guys including, Kaden Year (6-6), Mason Riley (6-5), David Jones (6-5) and Ethan Koltz (6-10) in the front court. Look for several iterations in the depth chart before Coach Reck settles on the best rotation. Jefferson has a lot of potential with just two seniors on the team.

The Kernels have made gains each of the last few years and won 15 games last season. This year Head Coach Ryker Kreutzfeldt believes they will continue to improve, “We will be a team that will be working to improve with each opportunity we are provided with. We have Juniors that will play a major role for us and their ability to adjust to the Varsity level will be key.” Caden Hinker is on the short list for top player in the state. He averaged 16.8 ppg last year and is a two-time all-state selection. The Augustana commit will lead the Kernels on both ends of the floor. Seniors Macon Larson, Gavyn Degen will have much bigger roles this year. Juniors Dylan Soulek, and Steele Morgan may be the most important players this year. If they can take some of the scoring load and attention from Hinker with some big games the Kernels could be a serious contender.

The Govs are coming off a 7-13 season but should see improvement with a strong group coming back, “We feel we have a good combination of returners, and newcomers who have embraced the challenges and changes this offseason. We have an athletic group who complement one another well on the court,” said first-year Head Coach Brianna Kusler. “We have depth that continues to grow with each practice, and a unique mixture of athletes competing for spots.” Lincoln Kienholz is a dynamic scorer who averaged 19 ppg as a sophomore last year. Jackson Edman, Matthew Hanson and Jack Merkwan are all athletic contributors who will elevate their scoring roles as well as their defense this season. Several other juniors and sophomores look to make an impact in the rotation as well.

The Raiders have been strong under head coach Chris Stoebner in his seven years at the helm at Stevens. This year Jaden Haefs, Ben Goldy and Charles Christensen lead a group of seniors who hope to keep that train rolling. Haefs is a talented guard who will provide scoring. Goldy is a 6-8 post player who cleans the glass and Christensen is a good all-around guard who is a talented defender. Coach Stoebner thinks they’ll get off to a better start this year, “We have some experience returning this year so the hope is there will be a little less teaching early in the year.  We can put several boys on the floor that can shoot and defensively we have some length we can put on the floor as well.”

You’ll see some new faces for the Tigers but that doesn’t mean they’ll struggle. Despite just one returning starter in Andrew Walter, Harrisburg has some potential, “If we can keep our confidence and gain big game experience early, we have a chance to develop into a competitive team,” said Head Coach Scott Langerock. Look for the emergence of sophomore Jacoby Mehrman along with Gavin Aasheim, Ethan Determan and Max Knutson.

The post-Matthew Mors era begins for the Bucks this year with two returning starters with Rugby Ryken and Jaden Kral back. They also should see big minutes from Dylan Prouty who showed flashes of brilliance shooting the ball from the perimeter last year. Michael Mors, Colton Potts, Mac Ryken, Drew Ryken and Cody Oswald will all see much bigger roles this year as the Bucks try to find an identity.

Three starters return for Watertown this year under Head Coach Zach Wevik, “We will once again be very undersized, but this year’s team should have athleticism, capable shooters, and potential to establish some depth. Experience will help us early, and hopefully can be something that we build upon and grow from to be a tough team at the end of the year.” Drew Norberg will be one of the top scorers in the class coming off a 15.2ppg season last year. Cole Holden, Kohen Kranz, Reese Stark and Mack Johnson will likely be the main rotation for the Arrows with Devon Lewis, Evan Hamre, Dalton Baumberger, Jack Heesch, Sam Bach and Jake Olson all ready to go.

The Lynx will have some transitions this year, Riley Miller is the only player who saw varsity minutes last year and he’s coming off of ankle surgery. “Experience will be a key factor. We have a bunch of really nice players ready to step into roles, but none have been through the grind of a AA season or been under the bright lights of varsity competition,” said new coach Craig Nelson. “Time will tell if we are ready to make that jump in competition.” Look for Cole Borchardt, Sam Scholten, Max Van Westen, Noah Thompson, Mason McManus and Christian Jepperson to supple the senior leadership. Dawson Mork, Nathan Vandeberg, Dylan Langerock and Lukas Morgan are underclassmen who could play a big role.

The Tigers return to the court with 8 seniors looking to get Huron back into contention. Cade McNeil, Max Kranzler and Jayden Beck make up a solid backcourt for Huron. Reilyn Zavesky saw significant minutes as a sophomore last year and could be a bigger threat this season. The Tigers don’t have a lot of height but Brandon Decker and Isaiah Decker will wall up in the paint.

The Cobblers depended on last year’s senior class to lead them last year. Jace Brown was the only junior last year that got significant varsity minutes, but he was injured in a motorcycle accident in October and won’t be back until late January or early February. “We will have a whole roster of newcomers, all of whom will be fighting for starting spots and playing time,” said Coach TJ Hay. “We will look to get contributions from Seniors, Juniors, and some Sophomores this year.” 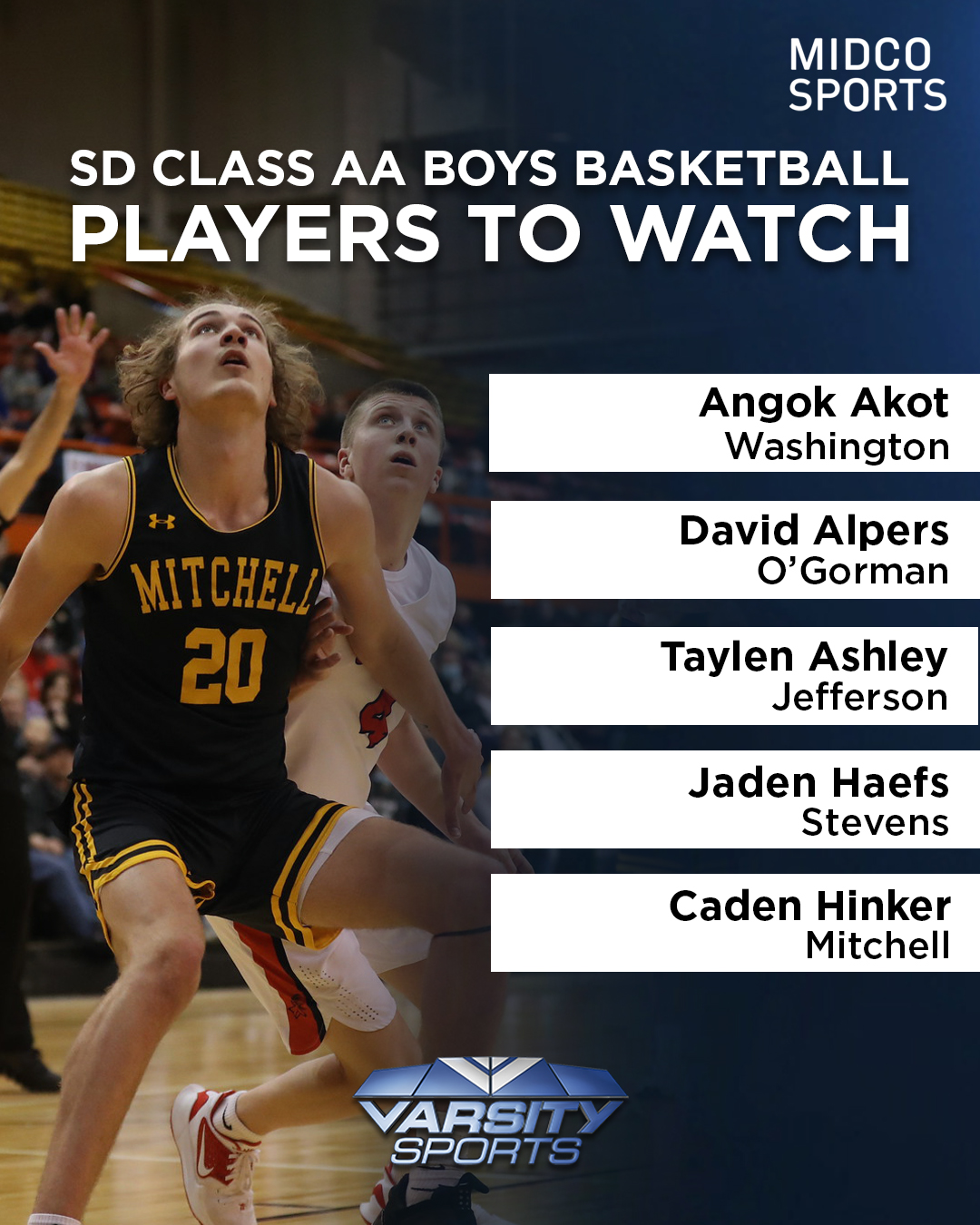 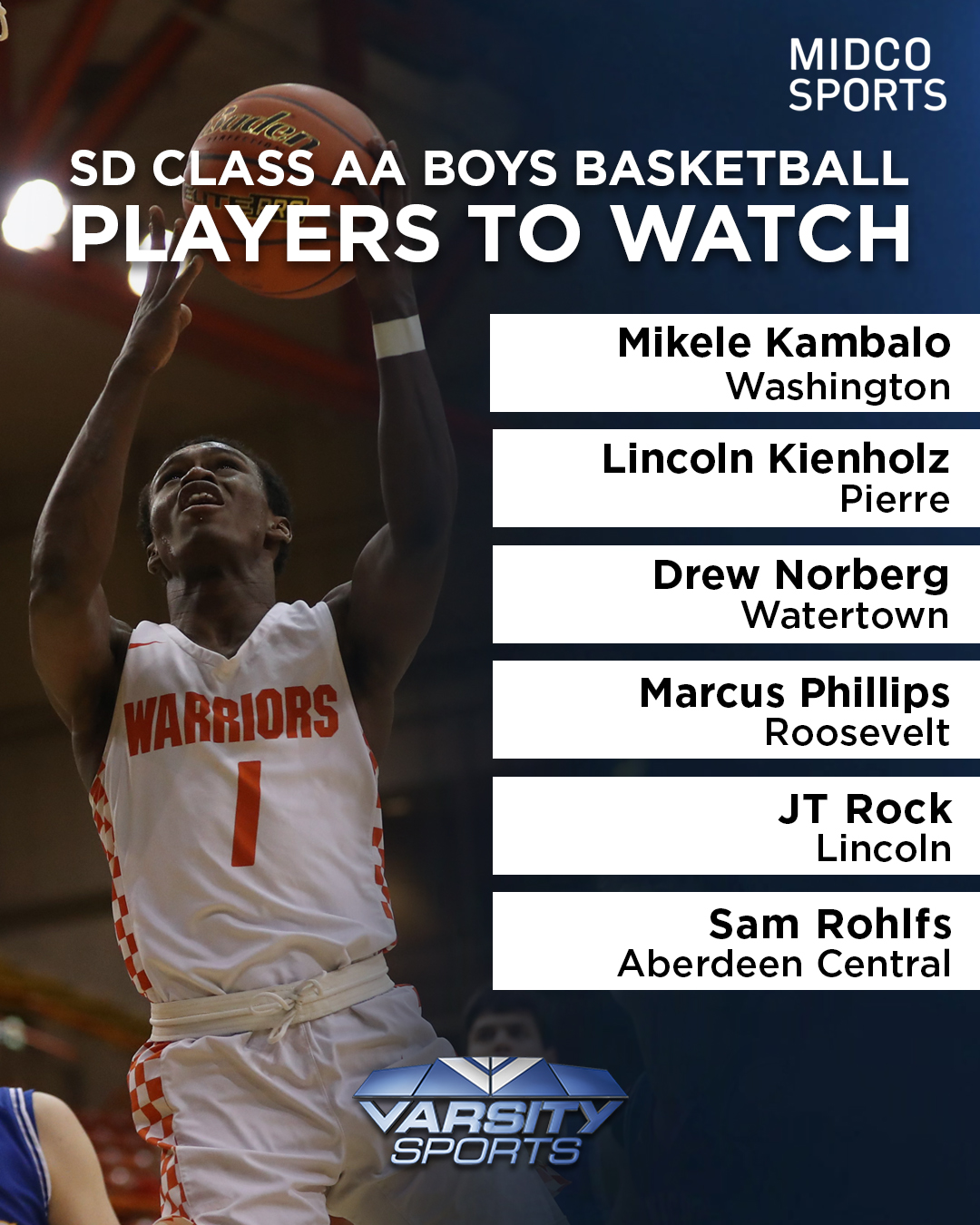